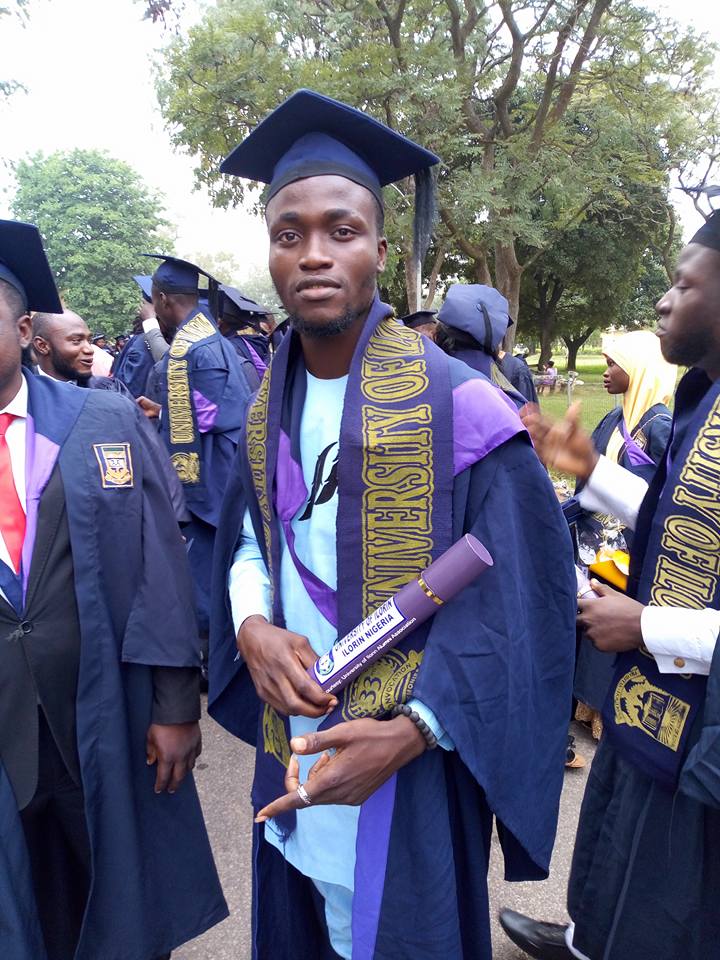 By name, I’m Olatunbosun agboola Ibrahim widely known as Elder. A graduate of political science from one of the leading Nigerian university – Unilorin- and native of Ijebu ode, Ogun state.

Actually life has been fair but not at all time. No matter how white the cloud is, it still has its dark spot which is to say there were bad moments as well as good moments but the later outweighs the former.

First, I’ll say my days in Ilorin were the best days of my entire existence and secondly, those days were memorable because I was able to discover unlimited things about myself.

Thanks for the accolades, I’ll say they are exaggerations. Yes I was a politician unlike some colleagues who refer to themselves as administrator and fellow student unionist will agree with me that unilorin politics is unique in all sense because “it’s politics of the intellect and not politics of the fist” as seen in other higher institutions. This been said, as regards the posts held, well I started my political sojourn from my primary constituency which is my department as the welfare secretary of the department. Holding this post gave me the privilege to serve the department as well as sling myself to the faculty at large as a capable candidate to represent the faculty at the student union level which was the second post I held. During my stay at the union level, my days in the union were the most challenging days of my university days, my closest union pals reading this can attest to it. I was opportune to serve in two committees of the Senate council which was the transport and price regulatory committee respectively. I learnt a lot from the then Senate President in person of Senator Mashood Abdusalam (Malawi) and his contender in person of Senator Adeyemi Sunday Micheal (A.S.M), God bless them both. Collectively both as senate council and committee, our achievements are on record but notably amongst them are reviewing the, making laws, reviewing the prices of goods on campus, regulation the price of transportation on campus and so on.

It’s rare to see a full fledge UNILORIN student unionist who isn’t wrapped up in one particular crisis or the other I landed into many crisis both at the union level and within my faculty but one of the many crisis was the one which almost, prematurely terminated my reign as a senator. Summarily put, it happened that there was an issue in one of the departments in my faculty which had to do with constitution interpretation and as a union senator I decided to see to it alongside my co senator. Well the intent was to correct the error but admittedly, the way I exploited was in all ways wrong and due to this I almost lost my seat in the Senate council. The crisis was so intense that it eventually extended to the chairman of one of the committee I served under but Alhamdhulilah I maintained a good and cordial  relationship with almost all the senators we served together, I will say my personality gave me a soft landing eventually when the issue was deliberated on the floor of the house. It wasn’t a bill but the deliberation went through 3 stages in which I ended up having the larger percentage of the house on my side thereby setting me free. One of the lessons I learnt them was that, adequate consultation is of utmost importance before dabbling into any issue, I failed to make proper findings before involving myself in the department’s case. After the whole saga, I eventually discovered that the department in question had internal contradiction which I wasn’t aware of. At the end of it all, I had every reason to say Alhamdhulilah.

The best thing I’m proud of was my involvement in the aforementioned crisis, yes I lost my chance of contesting again but it was for a good reason. Funnily, I have no regrets so far.

The only thing I like about about unilorin is the peaceful atmosphere. The intrusion of the management in the Unionism of unilorin needs to be minimized. There be some level of autonomy granted to the body of student.

Next fours years? I definitely won’t be a full time politician yet but my involvement in real world politics is certain.

Always stand for the truth even if you’re standing alone. (Solace)