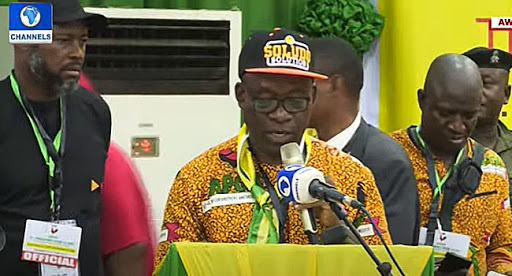 Anambra State Governor, Mr Charles Soludo has revealed that no fewer than 1,000 teachers across public schools in the state were sacked because they were employed by ex-Governor Willie Obiano “in irregular, hazy circumstances.”

The governor said the government has concluded that the sacked teachers remain unqualified for the job.

Mr Soludo, who made the clarification in a statement signed by his press secretary Chris Aburime, on Thursday, debunked insinuation that he sacked all a set of teachers, stating that no qualified teacher was sacked by the government.

Mr Soludo also mentioned that the termination of the appointments was in line with his administration’s effort at repositioning the education sector.

“The attention of the governor has been drawn to publications on protest by Parents/Teachers Association (PTA) teachers, purportedly converted to permanent staff in Anambra schools. The protesters, who barricaded the entrance of the state House of Assembly, displayed placards with various inscriptions, claiming to have been engaged by the state government before the termination of their jobs,” the statement said.

It added, “For the avoidance of doubt, no qualified teacher in the state’s school system has been relieved of his/her appointment. The affected PTA teachers who were ‘converted’ to the school system in the last days of the last administration in irregular, hazy circumstances.”

Mr Soludo’s government also revealed that the sacked teachers were “only asked to regularise their employment with the government by taking part in the online teachers’ recruitment test.”

The statement noted that the arrangement would ensure that “only those with requisite qualifications, proven capacity and commensurate experiences are recruited into the system.”

The statement further said, “At all times, Prof Soludo means well for the good people of Anambra state and will stop at nothing in giving them the best, education inclusive.”

Some of the sacked teachers claimed they were duly employed and issued appointment letters by Mr Obiano’s administration in November 2021 but were sacked in April 2022.

The sacked teachers claimed they had served the state between two and seven years and argued that if they could be engaged in that capacity, they should also be worthy of regularised employment.

The teachers described Mr Soludo’s action as unfair and unceremonious after working for about seven months without pay and urged the governor to reinstate them.

Mr Soludo’s government had advertised 5,000 vacancies in the education and health sectors, in which no fewer than 31,800 were shortlisted for computer-based tests. The online examination is scheduled to be held on June 11.