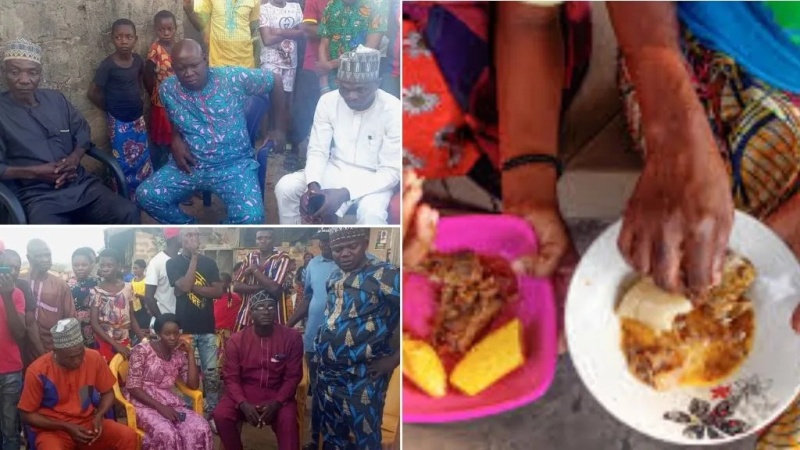 Villagers alleged that the family members died after they were suspected to have consumed food contaminated with harmful chemicals.

It was gathered that while six of the victims died in one day, the remaining five died a few days after.

One of the bereaved family members, Ochoyoda Abu, lost his wife (Mary), two sisters (Ehi and Blessing) and a daughter (Peace).

Professor Mohammed Adah, the traditional ruler of Ikobi community, stated on the telephone that a similar incident had happened in September.

He said suspicion about food poisoning heightened when five of the victims died the same day in the community, adding that experts were invited from the state’s Ministry of Health to investigate the cause of deaths.

Adah said the results of the investigations were yet to be made available to the community.

It was learnt that there were those who also took ill after eating the food and were taken to hospitals. They were said to have since recovered and returned home.

State Epidemiologist, Dr. Sam Ngishe, did not respond to calls put to his phone for comments about the investigation on the matter at the time of filing this report.

Anene said, “About three months ago, somebody died in that particular house so on the 14th of this month, a woman went to the house, cleaned the house and removed the foodstuffs from there which she prepared and 12 people ate and suffered stomach ache. Seven people died that same day and five were taken to the hospital and they survived. Investigation is ongoing.”

A former state Commissioner for Youth and Sports Development, Comrade Ojotu Ojema, had visited the bereaved families at Oleg’oke in Ikobi on Sunday to condole with them.

Ojema in his condolence message to Ayigoche and Ayigoga families urged them to take solace in God.

Responding, a beaded Chief of Ikobi, Chief Musa Audi, through the Secretary, Ikobi Traditional Council, Abogonye Ochola John, thanked Ojema for coming as he narrated the calamity that befell the community.

John claimed that the incident remained a mystery, noting however that except for God’s intervention, there would have been a total turmoil as the situation degenerated to suspicion, hatred and blame among families in the community. (Courtesy, excluding headline, Daily Trust)