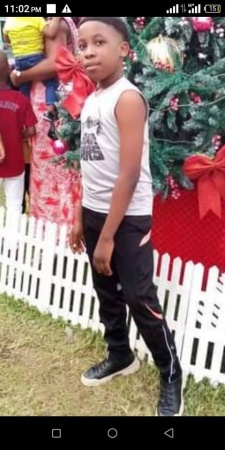 The deceased, who was a boarder, was said to have died out of negligence on the part of school management.

Information has it that the school management refused to call the deceased parents to take him home after he took ill on the excuse that he was taking exams..

Speaking to journalists during the burial ceremony, parents of the deceased boy, Prince Cornelius and Ogochukwu Onyekwuluije, said: “Even when the student’s health had totally deteriorated, the management insisted he must stay behind to finish his exams before he would be released. The decision was the reason for his death.”

The student had reportedly died on December 17, 2021 – nine days after he was picked up by the parents from St Michaels Boys College, after a cousin to the deceased borrowed a phone to alert the parents that the boy was ill, and that the school management was not ready to release him until he finished his exams.

Onyekwuluje in tears said: “My son, Bright Chidalu Onyekwuluje died out of negligence on the part of the school. He was sick, and they refused to tell us. It was my son’s cousin that borrowed a phone to call his mother to tell us to come and pick Bright that he was dying.

“He told us he has been the one backing him from the school hostel to the classroom everyday, to sit for exams.

“When I insisted I must see him, I was surprised the boy looked so bad that he was already dying. I asked the guardian if this was the boy he said was alright, but he did not answer. Now I have lost my only son.”

The Principal of St Michaels Boys College, Rev Fr Romanus Ike Muoma, however denied that the school management delayed in releasing the student to his parents.

Fr Muoma who spoke to a news blog said that the deceased was seen in school moving about with other students, days before his father came.

He added: “What we have here (college) is not an auxiliary nurse, but a qualified nurse from Nnamdi Azikiwe University Teaching Hospital Nnewi, and we pay heavily for his services.

“The boy was diagnosed of malaria, and was immediately put on treatment, and afterwards, he was okay. When it was found that the boy was ill again, it was the guardian that called the parents to come and take him’”

When told that the deceased’s cousin who had called the parent to alert them of the illness was punished by the school for doing so, Father Muoma said the boy was only made to kneel down for some minutes, saying it was against the rule for students to call parents, as calls are only made from a central point by the management.

Meanwhile, Onyekwuluje family has indicated its interest to pursue justice for their son.

According to elder brother of the deceased boy’s father, Mr Ben Onyekwuluje, a petition has been sent to the Inspector General of Police, Alkali Baba, adding that the family will stop at nothing until justice is served.