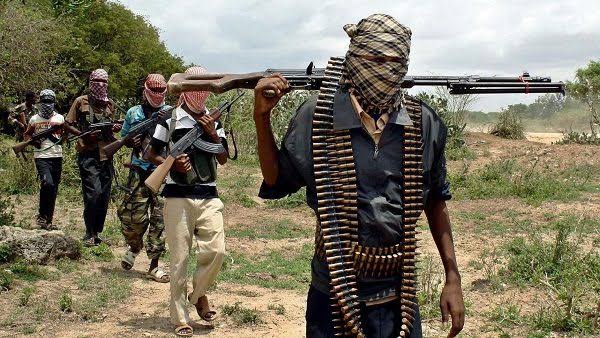 Over 12 persons were killed after a group of gunmen attacked repentant bandits in Illela village, Safana Local Government Area of Katsina State.

Residents who fled the village to the neighboring communities including Dutsin-ma and Ƙankara told Channels Television on Monday that the gunmen attacked them in the early hours of Friday.

According to the residents, the gunmen came on a mission to attack a repentant bandit popularly known as Mani Turwa, who was said to be protecting the community.

Turwa and his team after their repentance were said to have been guarding the village and other neighbouring communities against attacks.

The bandits led by four of their leaders attacked on Friday and they engaged Turwa and his team in a gun duel.

They were, however, overpowered by Turwa’s team and several rustled domestic animals were recovered from them.

The bandits were displeased by Turwa’s action, and they returned in reprisal destroying houses and killing innocent residents.

“The terrorists came on several motorcycles and operated for four hours. They had a gun duel with Turwa and his boys but they were defeated. None of Turwa’s family and his boys were injured. The terrorists later returned to burn our houses and property, especially some of us who are in the Alhazana area of the village.

“At least twelve people were killed and they were buried on Sunday. Many of us have relocated because of fears,” one of the residents who spoke under condition of anonymity explained to Channels Television.

The Police spokesman, SP Gambo Isah in reaction said he cannot ascertain the number of people killed but joint security agents have been deployed to the village.

“All I can tell you, for now, is that we received a report from the DPO in charge of Safana that Illela was under attack. And that was on January 27.

“Our operatives and that of the Nigerian Army are already there to ward off the terrorists and maintain peace there. As for the number of victims, honestly, I cannot give you the details until we receive a report from our operatives on the ground there. But, peace has already returned there,” he said.

In April 2021, Mani Turwa, one of the most notorious bandits in the Safana – Danmusa – Batsari axis, surrendered his arms to the police.

Turwa was said to have convinced other bandits living in the Illela forest neighbouring the dreaded Rugu forest to also surrender their arms and turn a new leaf.