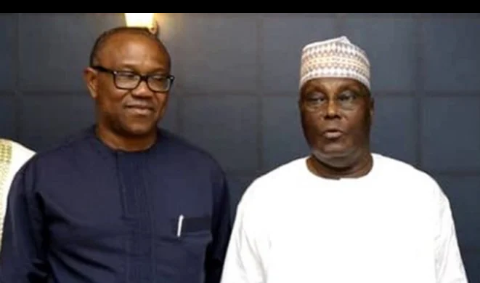 The presidential candidate of the Peoples Democratic Party (PDP), Atiku Abubakar, and his Labour Party aspirant in the 2023 election, Peter Obi, have confirmed their presence to be available and speak at the forthcoming Annual General Conference of the Nigerian Bar Association(NBA) in Lagos this month (August).

The two aspirant will be speaking in a panel session on the topic, tagged “Democratic Transitions in 21st Century Nigeria: 2023 and Beyond.”

Chairman of the Technical Committee on Conference Planning, Tobenna Erojikwe, who disclosed this, analyzed that invitations had been sent out to the other two candidates, Bola Tinubu of the All Progressives Congress and Rabiu Kwankwaso of the New Nigeria Peoples Party in(NNPP), but they were yet to confirm their availability.

“We are excited to announce that of the four leading presidential candidates we sent invites to, two have confirmed to us that they would be available to speak at the 62nd NBA Annual General Conference holding at the Eko Atlantic City in Lagos.

“We await a response from the other two and we are hopeful that it would be positive,” Erojikwe said.

“It is a first in the history of the NBA Annual General Conference and it is in line with our aspiration to make the 2022 AGC a legacy conference that sets a standard that will become a benchmark for subsequent conferences of the NBA. We are looking forward to seeing participants have a robust engagement with the candidates,” he said.