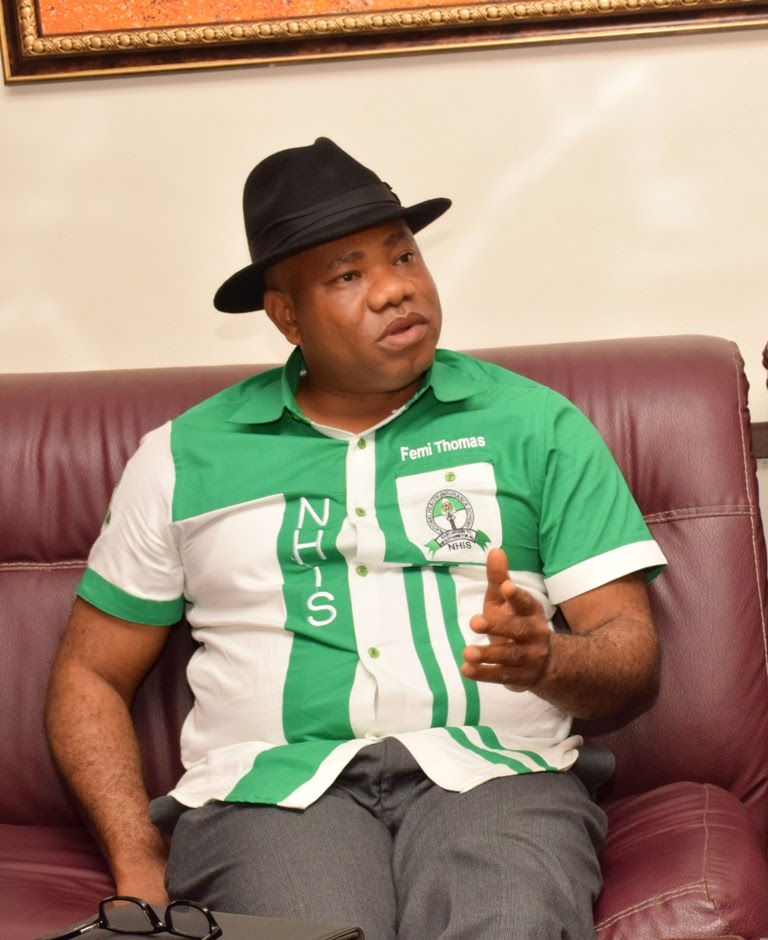 As race to the National Assembly gathers momentum with interested contestants upping their games and scrambling for tickets, some leaders of the All Progressives Congress in Ekiti State have insisted on microzoning of the Senatorial ticket in Ekiti Central to Ijero Local Government Area.

They alluded to how the intervention of President Muhammadu Buhari and his support for microzoning of party’s positions had stemmed the tide of crisis in the just concluded National Convention, urging Governor Kayode Fayemi to apply same in the interest of Ekiti APC.

The leaders, acting under the aegis of the group called ‘The Benevolence’ rooting for the Senatorial ambition of former Health Commissioner, Dr. Femi Thomas in Ekiti Central Senatorial District, said this during a meeting with the aspirant in Ikoro Ekiti, Ijero Local government area of Ekiti State, on Thursday.

The group’s Secretary, Hon. Gabriel Ogunfolajimi, urged the APC leaders to microzone the Ekiti Central Senatorial ticket to Ijero Council in the interest of peace, equity and justice.

The former Councilor in Iloro Ekiti ward, said all the four other council areas like Efon, Ado Ekiti, Irepodun/Ifelodun and Ekiti West local governments in the district, had occupied the seat in the past and now, saying the time to allow the Ijero to present a candidate should be in 2023.

He said: “Former Senator Ayo Oni had occupied the seat from Ekiti West. Senators Babafemi Ojudu, Bode Ola and Fatima Raji Rasaki had enjoyed same from Ado Ekiti and Senator Femi Kila in Efon and the present occupant of the seat, Senator Opeyemi Bamidele, is from Irepodun/Ifelodun.

“It is just normal and fair for APC and Governor Fayemi that believe in equity, justice and fair-play to allow Ijero Ekiti Local government to present a candidate and the best material we have is Dr Femi Thomas”.

Justifying the adoption of Dr Thomas for the position, Ogunfolajimi said he is the best grassroots politician with experience that can give the district the quality representation it deserves and galvanise support for APC.

“Dr. Thomas is the only aspirant with wide expanse of lands for commercial farming in the council that employed scores of people. He is presently building a university in Ikoro Ekiti and he employed hundreds of graduates into the state and federal civil services during his time as a commissioner and Executive Secretary, National Health Insurance Scheme”.

Justifying why the ticket should be microzoned with Dr. Thomas adopted for the legislative seat, a former APC Ward Chairman in Ijero Ekiti, Hon. Bolu Awi, lamented that the council had allegedly been sidelined in term of Senatorial ticket since 1999.

“Go and check your records, Ijero Local government is second to Ado Ekiti in voting strength in the district. Allowing someone to pick the Senatorial ticket from Ijero LG would help our party’s victory in the June 18 governorship election.

“We have 15 towns and over 50 villages. If APC can give the council the Senatorial ticket, the next governorship poll will be easier, because we have the second largest votes in the district after Ado Ekiti”.