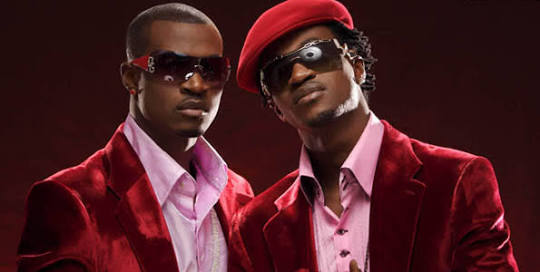 The 2023 presidential election in Nigeria is rapidly approaching and several citizens have picked the leaders they want to rule the nation for the next four years.

These presidential candidates who are gradually trying to win the hearts of citizens have tried several campaign strategies, with various citizens rooting for them.

Nigerian celebrities have also been observed rooting for their candidates of choice. Knowing that they have a lot of followers who will listen to them, some of these celebrities have decided to show their love for these candidates on their social media accounts, which either earned them a commendation from fans or a backlash.

Although some of these celebrities have admitted to being paid for the endorsement, others have decided to support them for their best reasons.

Insight media highlights celebrities and their candidates of choice.

Paul Okoye (P-square)
It is no longer news that the twin brothers and music duo, P-Square, have shared their support for the presidential candidate under the Labour Party (LP), Peter Obi.
On the 31st of May, Paul Okoye took to his verified Instagram account, @iamkingrudy, to endorse Peter Obi.

He posted a picture of himself with Peter Obi and several others and in the caption section of the post, he wrote, “My fellow Nigerians, please get your PVC. If we miss this opportunity, it’s another 8 years of backwardness till 2031 #obidiently.”

Peter Okoye (P-square)
Peter Okoye has also shared his support for the Labour Party presidential candidate.
On May 23, 2022, the singer posted several pictures of Peter Obi on his verified Instagram account. He wrote, “I don’t like getting involved in politics, but you see this man right here! He is the most qualified to save and fix our country! A disciplined and principled man. Peter obi will tell you the place, name, and time of what he did; go and verify, my dear delegate! I can no longer hold it anymore!
“Please give us PETER OBI. Sir, you have my support #peterobi4president 2023”.
Peter Okoye also replaced his Twitter display picture with a picture of Peter Obi.

Eniola Badmus
Eniola Badmus is a well-known actress in the Nollywood movie industry. The thespian who has millions of followers on her Instagram page has also decided to use the opportunity to show her support for Bola Ahmed Tinubu.
On the 25th of June, the veteran actress posted a picture of the Presidential Candidate of the ruling All Progressives Congress (APC), Asiwaju Bola Ahmed Tinubu, and his wife, Oluremi.
The actress also locked the comment section of the post and captioned, “MY PEOPLE #BAT2023″.

Jide Kosoko
Veteran Nollywood actor, Prince Jide Kosoko, and several of his colleagues have shown their support for the APC presidential candidate, Bola Ahmed Tinubu.
On the 29th of June, he, and several of his colleagues such as Adebayo Salami (Oga Bello), Yinka Quadri, Foluke Daramola-Salako, among others, created a video where they endorsed Tinubu.
These thespians explained that they were not paid to endorse Tinubu, but were campaigning for him because of his political influence.
In a recent interview, Kosoko explained that Tinubu had done a lot for the movie industry. He said, “Asiwaju Bola Tinubu is not just a leader of note, he is a father figure and benefactor.
“I have benefited from him and his wife. I have had a relationship with his family for a long time. He is a focused leader; a leader of all leaders. He has personally developed many people in our industry, especially those that had health challenges. For example, when actress, Moji Olaiya, died in Canada, he was responsible for everything that had to do with transporting her body back home.
“If you observe his wife, you will see that she is a very quiet woman that does a lot for people. I know the number of sick people (in the industry) to whom she has also sent money.
“The film industry has enjoyed Tinubu as he was the first person to give us several hectares of land in Badagry to construct a film village.”

Davido
Davido is one of the most influential people in Nigeria, being the celebrity with the largest number of followers in Nigeria.
The music star has been in support of his uncle Ademola Adeleke, who is a member of the People’s Democratic Party (PDP) — a party whose presidential candidate is Atiku Abubakar.
Although the music star has not publicly announced his support for Atiku Abubakar, he has shown several signs of his support for the PDP presidential candidate as the music star has posted several pictures on his Instagram story showing both him and Atiku together.

2023 Elections: Some Nigerian Stars and candidate they support