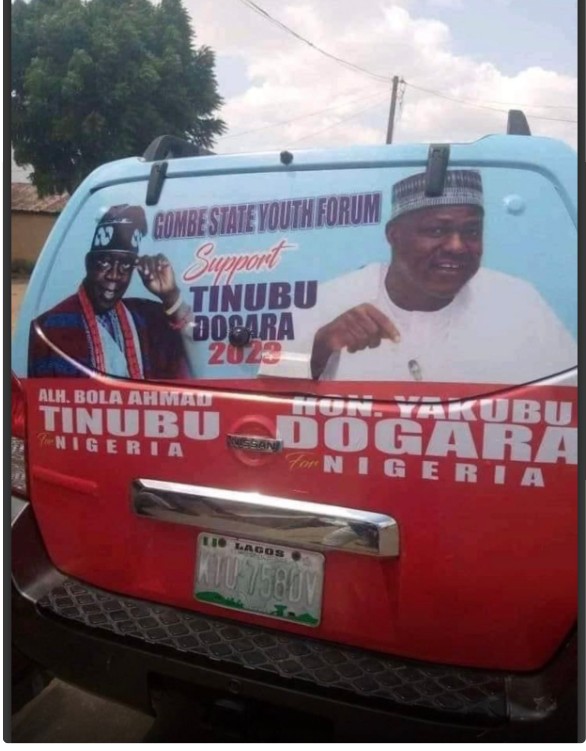 2023 Campaign Posters of the national leader of the All Progressives Congress, APC, Asiwaju Bola Ahmed Tinubu and Former House of Reps Speaker, Yakubu Dogara have Lagos, while branded vehicles were sighted in Gombe state.

The posters and vehicle, which have brought about different debates and reactions from Nigerians online has strengthened rumours that Tinubu may nurse a presidential ambition.

It will be recalled that Dogara recently detected from the Peoples Democratic Party, PDP to the APC, further creating suspicions that he is gunning for the vice-presidential position in 2023.

Also, the Coalition of United Political Parties (CUPP), said that APC may have lured Dogara into APC, using the propaganda of northern Christian VP to Tinubu.

CUPP, in a statement signed by its spokesman, Ikenga Ugochinyere stated this last week. 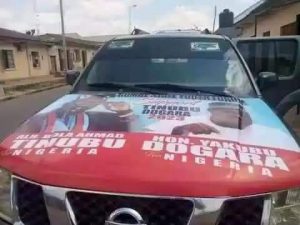 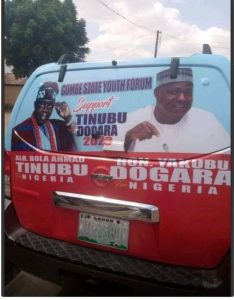