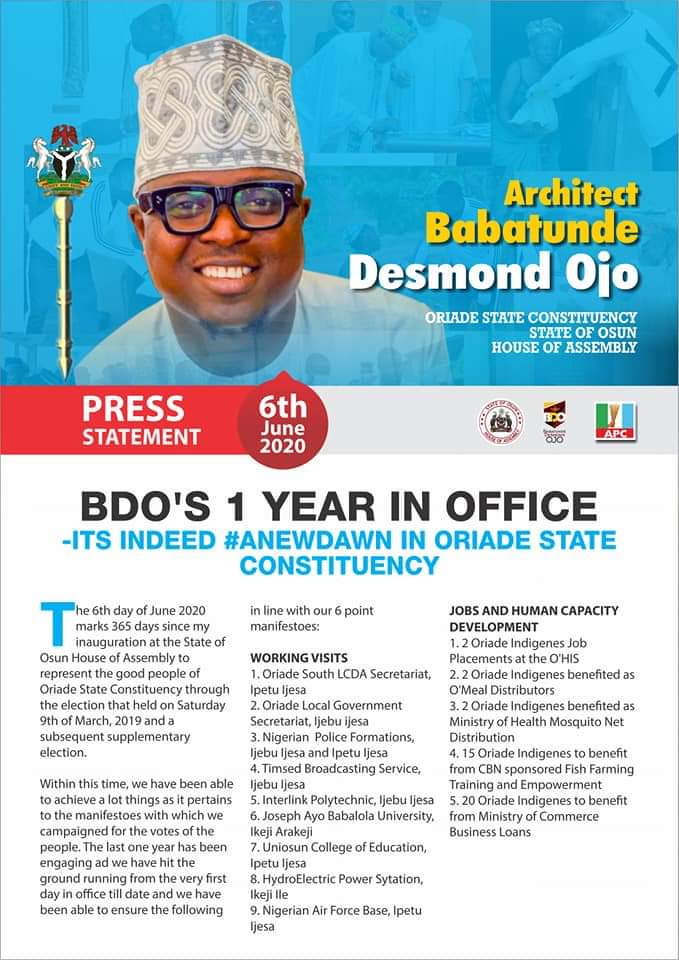 Honourable Babatunde Olumide Desmond Ojo, 43 year old architect, businessman and dogged fighter was the candidate of the All Progressives Congress in the 2019 general election to represent Oriade State Constituency at the State of Osun House of Assembly. It was an election where all odds were totally against the tall, dark and handsome man leading to a rather expensive contest and a further elongation via a carryover supplementary election which held several weeks after but totally leading to an overwhelming victory with almost 2500 votes difference and well deserved majority win in 8 out of 12 wards. The foresight of the leaders of the party who asked him to contest for the State House of Assembly seat even though the candidate initially vied for the Federal House of Representatives had paid off; leading to his swearing-in on Thursday 6th of June, 2019 and one year down the line, he has been a perfect round peg in a round hole.

With a manifesto pegged on using the legislative instruments of lawmaking and oversight to achieve Proper Representation of Oriade, Youth Development, Human Capacity Development, Attraction of Infrastructural Development, Community Development and Constituency Engagement, Honourable Desmond Ojo immediately familiarized himself with the work ahead and visited both public and private institutions within the state constituency. He paid courtesy calls to the LG Secretariats in Oriade and Oriade South LCDA in Ijebu Ijesa and Ipetu ijesa respectively; the Nigerian Air Force Base in Ipetu Ijesa, Nigerian Police Force Formations, Technical College, Interlink Polytechnic, Joseph Ayo Babalola University, UNIOSUN College -all with the focus of partnership and collaboration in governance, security and education towards the growth and development of Oriade.

He gave scholarships to students into the Technical College to learn life skills and later purchased 60 JAMB UTME Forms to indigent but brilliant students of Oriade. In order to ensure easy accessibility by all, he opened two constituency offices strategically located in both Ijebu Ijesa and Ipetu Ijesa to get feedback from the people even as he maintained a very cordial relationship with the party structures and leadership both at the ward, local government and the state levels. In terms of his legislative responsibilities, he was continued to speak boldly in support of good governance as it relates to bills, motions and screenings of executive nominees. He was made the Chairman of the House Committee on Lands, Physical Planning and Urban Development to bring to bear his experience as a professional Architect of over 20 years in the building industry. Quite Recently he was named by the Speaker as a member of the Public Complaints Committee of the House of Assembly.

It is particularly worth mentioning that at the early stage of the outbreak of the Novel Corona Virus, he was the one who raised a Motion on a Matter of Urgent Public Importance on the floor of the House to ascertain the level of preparedness of the State of Osun to combat the dreaded virus. This legislative move immediately put the health authorities on their toes and led to the invitation of the Commissioner for Health and the SA on Public Health to brief the House of Assembly. His tenure as the representative of Oriade at the State House of Assembly has seen several imprints of state projects billed for implementation in Oriade such as the completion of the HydroElectric Power Station in Ikeji; Olumirin Waterfall Road, Erin Ijesa; Ipetu Ijesa – Eti Oni road, and the completion of Ijebu Ijesa – Ijeda – Iloko – Iwaraja road amongst others all included in the 2020 Budget of the State of Osun.

The gentleman has continued to bring more state presence to Oriade through several efforts including making a major case for the electrification of Dagbaja, Orisumbare and other communities in Ward 8, ensuring the Speaker of the State House of Assembly paid an on-site inspection to the flooding that occurred in Owena Ijesa leading to efforts towards relief materials by the State Emergency Management Agency and the commissioning of the State of the Art Primary Health Care Centre in Erin Ijesa. He continues to tower high with the prompt and selfless discharge of state functions and responsibilities. He has also glowingly carried the Oriade State Constituency brand across and beyond with radio, television and online interviews on local and national media outlets even as he gives feedback and engages the public through different online platforms; several sons and daughters of Oriade in diaspora are particularly proud to be associated with him for his vibrant representation.

One astounding feature about the Ijeda Ijesa born honourable is how much he has continued to invest in relationships, both vertical and horizontal; he is loved and respected by youths, women and even our Kabiyesis. He has been able to ensure a good rapport with his constituents, fellow honourable colleagues, predecessors in office as well as other government functionaries even beyond his own party just with the singular focus towards prime service to the people of Oriade. I have it on good authority that he has been able to, on different occasions, collaborate with Honourable Adewumi Adeyemi Irekandu who represents the sister Obokun state constituency in other to push joint development ideals for Ijesa North Federal Constituency. A particular event even comes close to mind; we all recently saw the endearing way both Honourable Desmond Ojo of the APC and the Honourable Oluwole Oke of the PDP interacted on Social Media on the post regarding the repairs works on the Ipetu Ijesa via Bankemo to Ile Oluji Osun/Ondo boundary road by FERMA. With either side laying claim to the legislative intervention, they both eventually agreed that the focus simply is towards ensuring the road is motorable for the people of the communities to pass; service to the populace remains the focus and not political party delineations.

At one very dire moment when the people needed him as a result of the Covid19 lockdown, he stood strong and identified with them. He gave out hand sanitizers, face masks and other PPEs as well as a very strategic door to door distribution of food packs palliatives to all of the twelve wards in the State Constituency. He walked tall on the streets of Ijebu Ijesa to Erin Oke, Ere Ijesa to Ikeji Arakeji, Erinmo Ijesa to Ipetu Ijesa and other towns to personally see to the welfare of the people. For me and many other indigenes and residents of Oriade, we are proud to have happily voted for Honourable Babatunde Desmond Ojo and he has continued to prove us right in the last one year and we are confidently assured of much more developmental strides in the next three years and many more to come even at a higher pedestal.

‘Demola Adeyeye wrote this piece. He hails from Oriade Local Government and loves the Legislature. He can be reached via demmyadeyeye@gmail.com 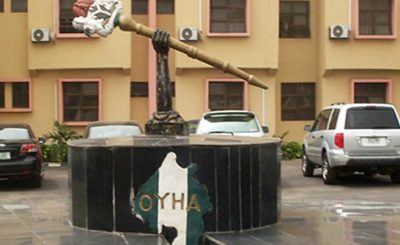 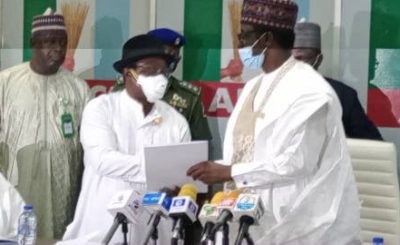