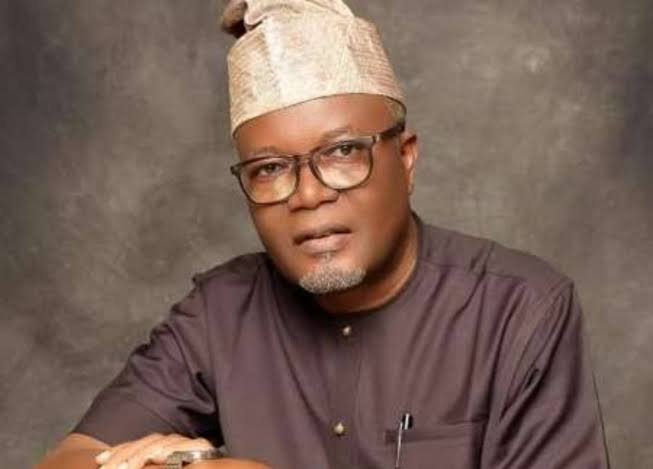 Osun State Chapter of the Peoples Democratic Party has applauded the National Working Committee of the party, led by Dr Iyochia Ayu on the successful conduct of the primary election for governorship aspirants of the party in Ekiti State.

The party in a statement signed by the State Chairman, Sunday Bisi on Thursday described the process that produced Otunba Bisi Kolawole as its flagbearer as peaceful.

The PDP in Osun State also congratulates leaders and delegates of the party in Ekiti State for their peaceful conduct throughout the period of the party primaries.

“With the openness the primary election was conducted in the full glare of the whole world, our great party, the PDP has once again demonstrated it’s democratic virtue, a tendency upon which the party stands as foundation.

“While we congratulate Otunba Bisi Kolawole for his incontrovertible victory at the widely applauded primaries, we urge other party stalwarts who contested alongside the now candidate of the party to quickly put the election behind them and rally round Otunba Kolawole to form a formidable force against the election rigging machinations of the ruling Apc.

“Our party watched with pride, the maturity and democratic dexterity displayed by the electoral committee for the primaries led by governor Udom Emmanuel of Akwa Ibom State, where all Aspirants were carried along as co umpires in their own election, getting them to certify every stage of the exercise up to final announcement of the eventual winner.

“This we see as another milestone in the democratic tendencies of our great party in advancing the cause of internal democracy in Nigeria.

“We also commend the proactive efforts of security operatives, especially officers of the Nigerian Army for prompt arrest and thwarting of some anti-social elements, who were poised to deface the outstanding process put in place by the national headquarters of our party for the primary election.

“We urge other sister security agencies to emulate yesterday’s gallantry of the Nigerian Soldiers, whose patriotic discharge of their duty saved what could have been another sad day in the history of our dear nation.

“Once again, on behalf of leaders and members of the PDP in Osun State, I congratulate Otunba Bisi Kolawole as the elected candidate of our party in Ekiti State, with assurance of our support and best wishes in the June 18th gubernatorial election in the state.”