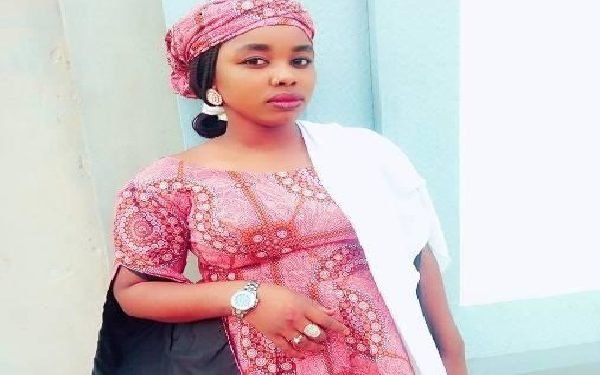 Police in Yobe state have arrested Engr Al-Bash Yahaya Ibrahim and three other persons over the death of an 18-year-old girl he slept with at a government guest house in Damaturu.

It was gathered that the girl, Bilikisu Ali was sought for Ibrahim, who was on visitation to the State, after he demanded for someone to sleep with. The incident happened on Thursday.

The Police Public Relation Officer in the command, ASP Dungus Abdulkarim, who confirmed the incident, said one Engr. (Dr) Al-bash Yahaya Ibrahim and three others were being held for homicide.

“Four suspects are in our custody over a charge of homicide of one girl who died at a government lodge in Damaturu.

“The case was initially handled at B Division, but it is now with the state CID under investigation,” ASP Abdulkarim said.

He said that one Dr. Al-bash Ibrahim Yahaya reported to the police that he slept with a girl and the girl died in his room.

He said: “One Dr. Al-bash reported to the police that he was a guest of the Yobe State Government who lodged at the government lodge.

“He said he asked some boys to get him a woman and they brought one for him and he slept with her only to discover in the morning that the girl was under the influence of drugs.

“Dr. Al-bash said the girl was shivering and doing some other funny things.

“Our preliminary information also revealed that the girl was a drug addict.”

He explained further that Al-bash called the boys that brought the girl and alerted them to the condition of the girl, but he said to his surprise, they came and instead of seeking medical help for the girl decided to give her milk and she died.

Abdulkarim added: “What is important for the public to know now is that we are investigating a case of homicide against Dr. AL-Bash Yahaya Ibrahim, a principal suspect, and three others—one who procured the girl for him, two of his friends who saw her in an unusual condition and started treating her with milk.

“We must know whether it was actually milk that was administered on her and what really killed her.

“The cause of the death will have to be established through autopsy results.”

Her pictures have also gone viral on social media with some of her friends asking God to forgive her sins and grant her paradise.

The Nation gathered that the police have sealed the room where the incident occurred as a crime scene.