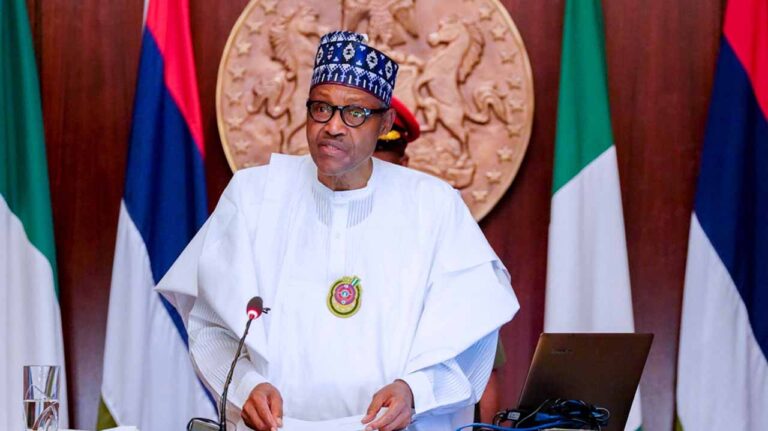 Amid the growing spate of insecurity in Nigeria, Pan Yoruba socio-political organisation, Afenifere, has asked President Muhammadu Buhari to show terrorists and bandits that he is still in charge of the nation.

The group while expressing concern over the security challenges in Nigeria wondered if Buhari is aware of the situation in the country.

Speaking on the various cases of killings and terrorist attacks in the country, Comrade Jare Ajayi, the group’s Publicity Secretary in a statement said nowhere is safe in the country anymore.

According to him, three cases of kidnapping, which led to the death of the victims were recorded in Ogbomosho, Oyo state.

He said, “Terrorists and kidnappers have been so emboldened that they now attack security institutions at will and malevolently go into houses of their victims to deal with fellow Nigerians — all under the watch of government and security agencies!”

“Instances that can be cited in this respect included the following: Reports have it that bandits on the night of Sunday, August 7, attacked and killed three persons while scores were reportedly abducted by the attackers in Bali town, headquarters of Bali Local Government Area of Taraba State.

“The bandits began to raid people from house to house after overpowering the security personnel at the checkpoint.

Afenifere also condemned the idea of reintegrating confirmed terrorists and bandits into society saying evidence had shown that they commit more heinous crimes after their reintegration.

The group further enjoined Buhari to go beyond condemning terrorism and banditry and prove to the terrorists that he’s still in charge.

“Equally important, President Muhammadu Buhari needs to come out and let perpetrators of terrorism and kidnapping know that he has had enough. He should let them realize that the pact he signed with Nigerians was not to come and see to the serial termination of their lives but to ensure their security, improve their welfare and move the nation to a desirable next level. Unfortunately, the president has not been able to deliver on any of the desirables, Afenifere said.

The group added Buhari only brought to the nation, the negatives which were far from the expectation of anybody.