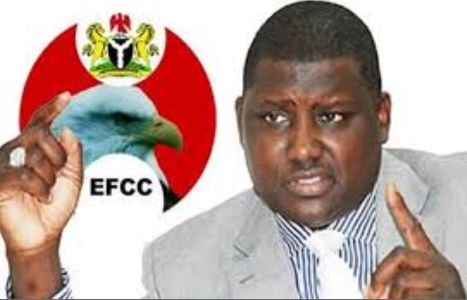 Justice Abang, in a ruling on Tuesday, November 26, granted Faisal bail at N600m and a surety in like sum, The Nation reports.

The judge said the surety could be from any part of the country but must be a serving House of Representatives member, who must have landed property in Abuja.

The judge said the surety must undertake to accompany the defendant to court at every proceeding till the end of the trial.

He also ruled that should the surety be absent in court without any justifiable reason, the bail shall be revoked.

Maina is facing trial on the alleged stealing of 2.3bn pension fund when he was the Chairman of the pension trust fund. His son was charged for pulling out gun to combat the security operatives who came to arrest his father.