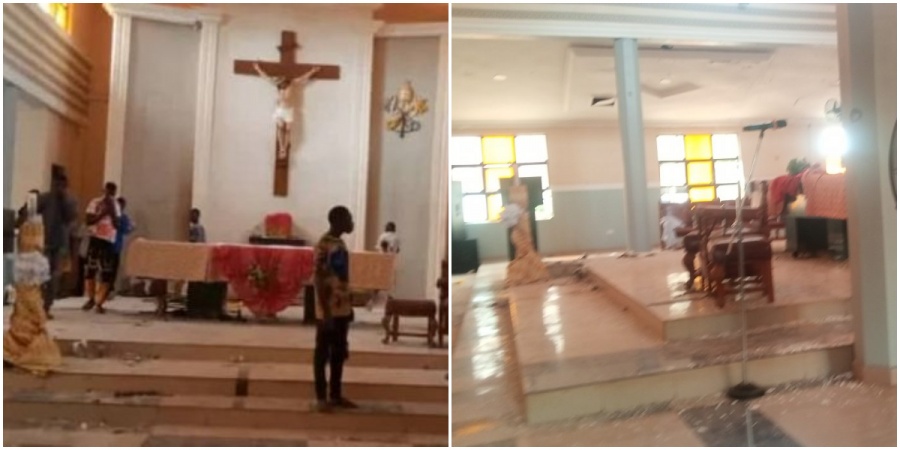 Ondo state governor, Rotimi Akeredolu has confirmed the arrest of five suspects in connection with the attack launched on St. Francis Catholic Church, Owo in June.

Akeredolu confirmed this in Akure on Tuesday after the Chief of Defence Staff, General Lucky Irabor, disclosed same in Abuja.

The governor said “I can confirm what the CDS has said. They were arrested last week and the photographs of the suspects were forwarded to me.

“About five of them have been arrested while they’re on the trail of others.”

General Irabor during a press briefing in Abuja earlier on Tuesday said the military have arrested those behind the Owo church attack, stating that they are working round the clock to get others arrested.

He said, “Within the last time we met, we have recorded remarkable achievement. Let me bring it to your notice that within the same period, there have been ignoble actions of men of the underworld that have impinged on our collective well-being, namely the unfortunate train attack, the attack on Kuje correctional center as well as what has been reported in the past the attack on the presidential convoy.

“Also, the Owo incident which was intended to bring man and women of the armed forces to present them in a form and shape that make it to look as if the nation is on a siege. We have arrested those behind the dastardly act in Owo.

“It was my intention to present them to the public, but because of the investigation still going on, I had to change my mind. I will like to say that in due course, the world will see them and others who are behind other daring attacks in the country.”