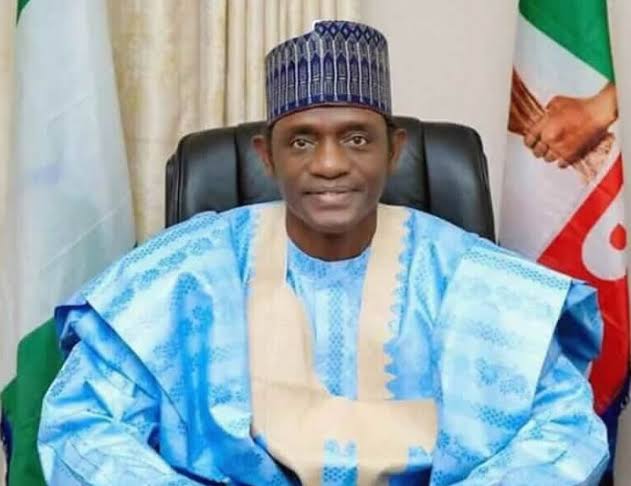 The ruling All Progressives Congress APC has disclosed of its readiness to go ahead with its national convention in February 2022, National Chairman, Caretaker Extraordinary Convention Planning Committee CECPC of the party and Yobe state Governor, Mai Mala Buni has revealed.

Buni in the statement in Abuja on Friday, which was signed by the National Secretary of the CECPC, Sen. John James Akpanudoedehe also berated the Dr Iyiorcha Ayu led Peoples Democratic Party PDP for having nothing to offer to Nigerians.

“APC assures all party members and indeed Nigerians that the CECPC is poised and ready to meet up with the tasks ahead in 2022, particularly the conduct of a rancour-free APC National Convention. The CECPC will surely bequeath a progressive party and structure that will continue to install and entrench APC governments at all levels to put Nigeria in its deserved rank in the comity of nations. The Party will continue to proactively and constructively engage critical stakeholders on issues that affect Nigerians”.

Buni said under his leadership, the CECPC consulted widely and immediately undertook the task of understudying the state of the Party and setting agenda to identify issues and to resolve all pending and emerging internal crisis within the Party at all levels, and to create a harmonious working atmosphere for the Party’s planned National Convention.

Ahead of 2023, APC said the PDP has shown early signs that it is not ready to depart from its inglorious past.

“The new leadership of the opposition Peoples Democratic Party (PDP) has shown early signs that it is not different from the immediate-past and sacked leadership of the same failed opposition party. Clearly, PDP’s sole intent is power grabbing by any means, as it ignores the need for genuine restitution. However, PDP cannot return to power in a free and fair election because the electorate are intelligent and wiser and know that PDP has nothing to offer Nigerians going by its sordid antecedents. In the meantime, we patiently await the PDP leadership to take up our challenge to return stolen public funds and assets still in possession of politically exposed persons during its 16-year administration.

“To reiterate our strong conviction, a democracy is as strong as the political parties it produces. We must break from the past and reject practices of imposition of candidates and electoral fraud which the main opposition has refused to discard. As a political party and in line with the progressive ideals APC fiercely defends, our commitment to free, fair and credible elections is unwavering. In all elections, valid votes must count and the popular will of the electorate must prevail”, the CECPC added.

On his achievements, Buni said; “Following CECPC’s conduct of a nationwide membership registration, revalidation and register update exercise, APC is now unarguably the most populous political party in Nigeria with a membership base of over 40 million registered members.

“The caretaker committee has established a truly unified, strong, repositioned and progressive political unit that has gone on to win a number of critical elections across the country.

“It has won into the APC fold three serving state Governors and scores of parliamentarians from other political parties.

“It has successfully reviewed the APC Constitution.

“It has scrutinised and paid for the inherited debts with respect to the services to the party in the past administration.

“It has ended and resolved inherited litigations and court cases instituted by many aggrieved members against the party for various reasons by reaching out to the aggrieved members who have consequently responded to the CECPC reconciliation”.