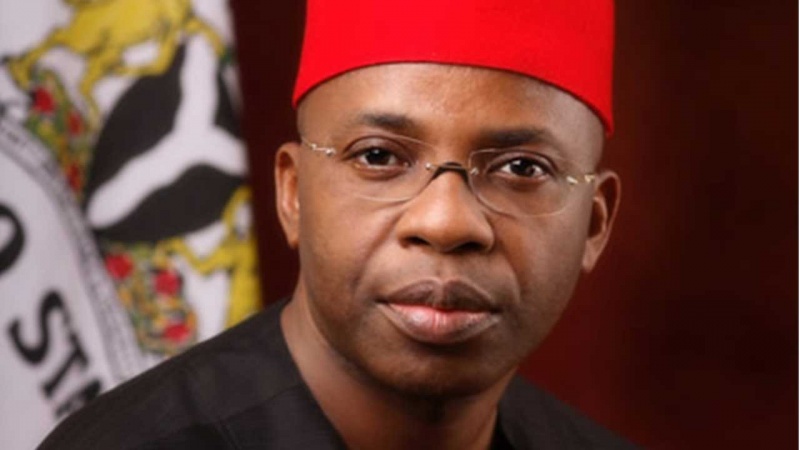 Justice Taiwo Taiwo of the Federal High Court in Abuja, has struck out a criminal charge filed against a former Governor of Imo State, Ikedi Ohakim.

This follows the request of the Attorney General of the Federation and Minister of Justice, Abubakar Malami, to study the case file.

The former governor and one Chinedu Okpaleke were being prosecuted by the Federal Government for allegedly threatening to release nude photographs of an Abuja based lady, Chinyere Amuchienwa, if she fails to drop charges of attempted kidnap against them.

Following a petition by Chinyere Amuchienwa, the police had filed a criminal charge against Ohakim and Okpaleke.

Sani Bagudu, from the office of the Attorney General of the Federation (AGF) had applied to withdraw the matter to enable the AGF study the case file and take appropriate action.

Consequently, the trial judge, Justice Taiwo Taiwo had to strike out the case, pending when the AGF decides on what next to do in the matter.

On September 27, 2021, Justice Taiwo ruled that the AGF has unfettered power to take over the case, following a move by the Police to withdraw the charge against Ohakim and his co- defendant.