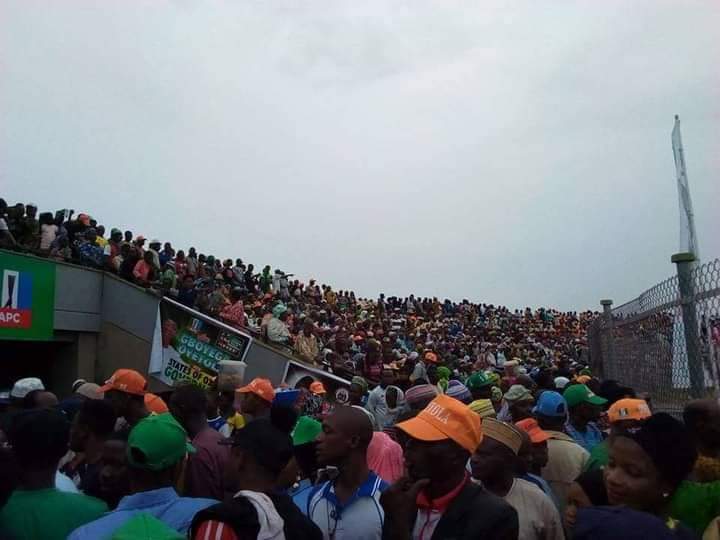 The suspects, identified as Tope Jaiye and Musibau Isiaka, said they came from Akure in Ondo and Ibadan In Oyo states respectively. They have confessed to the crime.

The duo confessed to having been in the act for so many years and have been arrested by the police on so many occasions.

The Field Commander of Osun Amotekun corps, Comrade Amitolu Shittu told the newsmen that the suspects were arrested after they were caught in the act by the Amotekun intelligent officers at the APC Mega rally at Osogbo township stadium.

According to him, “We arrested 2 notorious criminals today who specializes in pickpocketing the money and cell phones of the personalities and dignitaries at the program, but luck ran against the duo after perpetrating the act and our intelligent officers who are on surveillance at the rally caught them and arrested them.

“This happens usually when people are rushing trying to get into the venue of programs, especially in a program like this.

“There was a case of a personality, whose cell phone was snatched and we were immediately alerted by our intelligent officers around, and the suspect was arrested.

“Early before now, Idowu Balogun was arrested at Ifon-Osun last week Wednesday during the APC campaign rally by the corps after stealing two cell phones at the rally.

“The suspects will be handed over to the prosecuting authority on Wednesday,” Amitolu said.