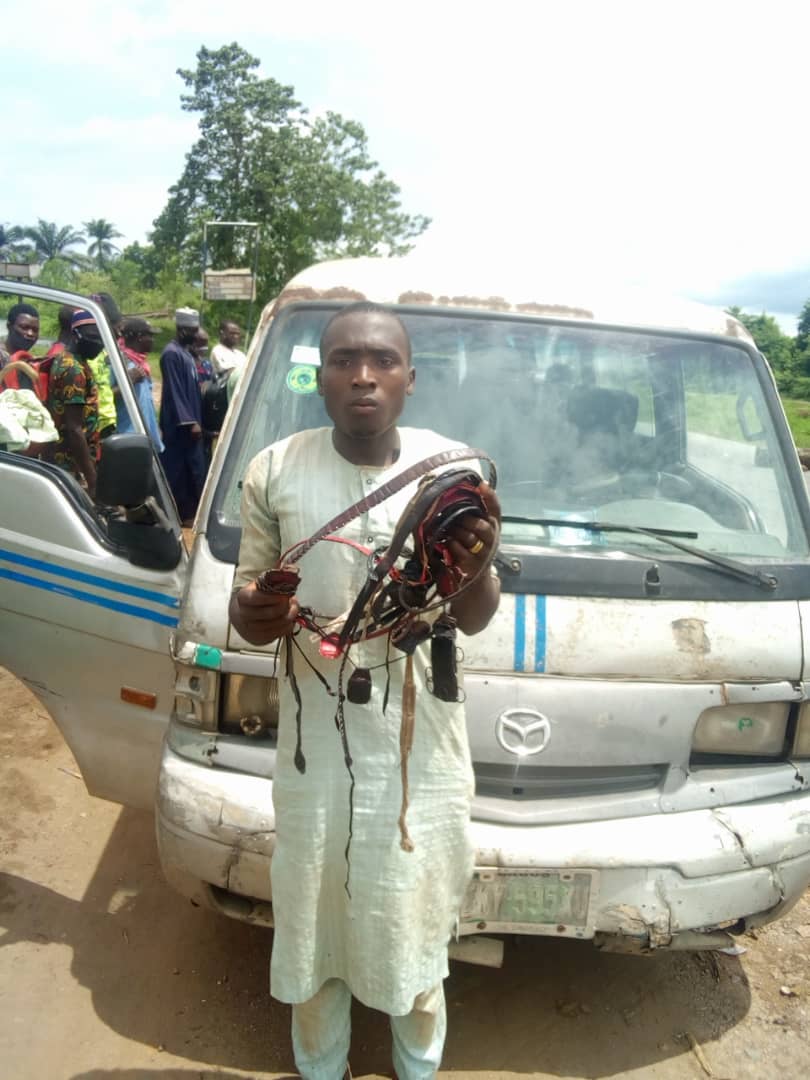 Men of Amotekun corps in Osun on Sunday intercepted some suspected bandits, in a commuter bus, today at Ikire, while trying to forcefully enter into the state, despite the existing inter-state movement restriction.

It was learnt that the eighteen passenger bus was filled to the brim while trying to forcefully enter the state of Osun, but was stopped by Amotekun corps, at a checkpoint around Oyo/Osun boundary.

To the dismay of Amotekun corps, the suspected bandits, who claimed they’re coming from Lagos and going to Itagunmodi mining site, in Atakunmosa West Local Government area of the state of Osun, could not explain while they decided to break the directives by President Muhammadu Buhari and Governor Gboyega Oyetola to close boundaries.

Since the boundary closure is still in force, adhoc men of Amotekun Corps, State of Osun, had no option than to send them back to where they were coming from.

Different types of assorted Charms were recovered from two of the suspected bandits.