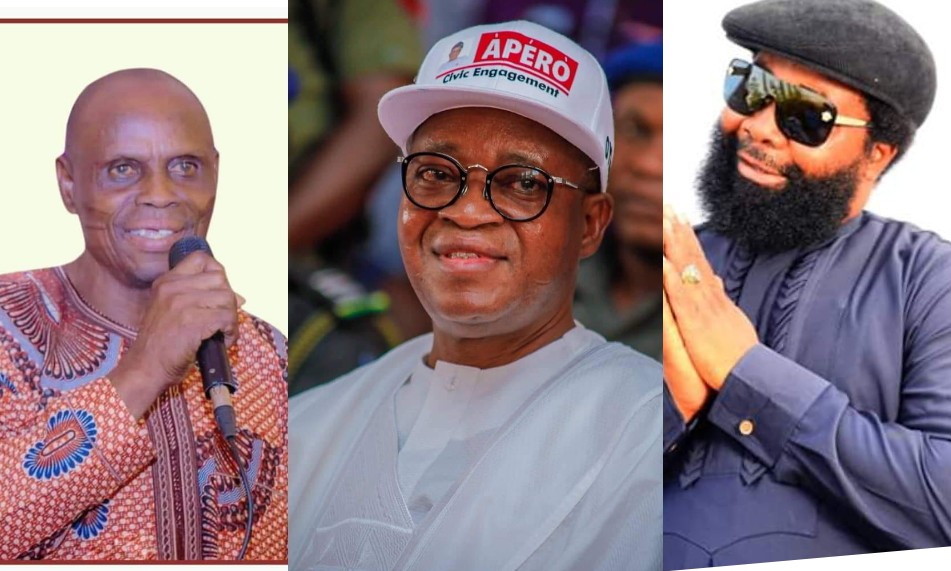 The Osun State Chapter of the People’s Democratic Party has again locked horns with Governor Gboyega Oyetola on the appointment of Amitolu Shittu as the Director General of Amotekun, asking the Governor to surrender to fate of his goof.

The opposition party also told Oyetola to “stop making mockery of staff of authority he laboured so fraudulently to procure for himself”.

The PDP through its State Publicity Secretary, Sunday Bisi on Saturday described the reversal of the Shittu’s appointment from Director General to Field Commander as afterthought.

The party said it wondered why the governor would choose to descend so low to succumbing to the pressure of afterthought change of Mr Amitolu’s appointment as Amotekun DG in the state to that of Amotekun Field Commander, the 6th in the chain of Amotekun Command Management Team as provided by the Amotekun Law passed by the State House of Assembly, ostensibly after being caught napping by the PDP in the shame of the school boy, arrogant error of Mr Governor.

Osun PDP spokesperson said “the governor’s sudden change on the nomenclature of the appointment of the APC chieftain as Amotekun Director General after all the arrogant stance of his men as if the governor was operating on an express license of willful violation of the laws of the land without repercussions. The party vowed to assist the governor with all legal means, to restore normalcy to his acrimonious ways of doing things in the state.”

“It is to be noted that the Osun PDP has approached the Federal High Court seeking a nullification of the appointment of Amitolu Shittu as the DG of Amotekun, on the ground that Amitolu is not a person who is trained, skilled or knowledgeable in security matters. It is also the contention of the PDP that the purported appointment of Amitolu did not go through the confirmation of the House of Assembly coupled with the fact that the office of DG is strange to the Amotekun Law. In a clandestine attempt to escape the hammer of the law, Governor Oyetola changed the nomenclature of Amitolu’s appointment from the widely reported DG as contained in the press release signed by his CPS on 24th April, 2020, to Field Commander of Amotekun with a purported letter of appointment post dated to 30th April, 2020, incidentally, the very day the Osun PDP served a pre-action notice on the government for the wrong appointment.”

The PDP expressed surprise as why the Governor would want to toy and play dirty politics with the security of lives and citizens of Osun State. The PDP is therefore calling the attention of the good people of Osun State to be alert as the Governor is not serious and cannot be trusted with the highly sensitive security affairs of the citizens and residents of Osun State. Hon. Bisi stressed that It is disheartening that the Governor can decline to the base instead of doing the needful under the Amotekun law by twisting the nomenclature of Shittu’s appointment from DG to Field Commander, the 6th in the cadre of the Amotekun Command Management Team which Team has not been put in place and the Governing Board yet to be appointed as required by the law.