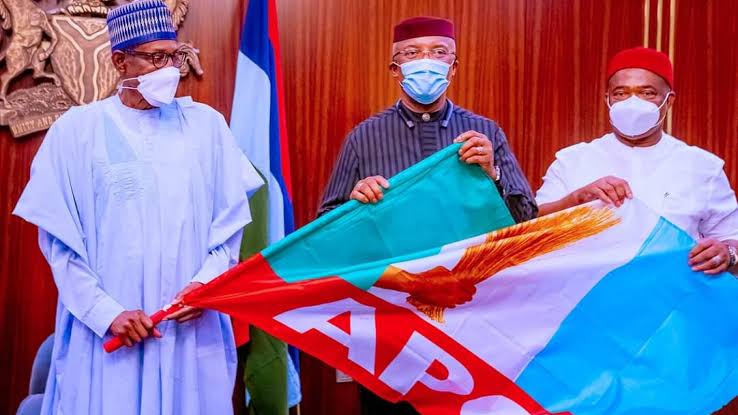 The APGA members, led by the Anambra State Youth Leader, Comrade Eziokwu Magnus, were welcomed to the PDP by November 6 governorship candidate of the party, Mr Valentine Ozigbo, Governor Ifeanyi Okowa of Delta State, and Chief Ndubuisi Nwobu, the Chairman of the PDP in Anambra State, the Deputy Governorship Candidate, Mrs Azuka Enemo, and several PDP leaders at a ceremony held at the Delta State Government House in Asaba on Tuesday.

In a brief welcome speech, Ozigbo hailed the new entrants for their courage to take a stand for what is right for Anambra by rejecting a failed government and party when the state needs them to stand up and be heard the most. The respected business mogul further explained that their decision is significant as it is evidence of the prevalent sentiments of the majority of Ndi Anambra.

On his party, the Deputy Governor was presented to President Muhammadu Buhari at the State House by the Chairman of APC campaign council in Anambra and Governor of Imo State, Hope Uzodinma.