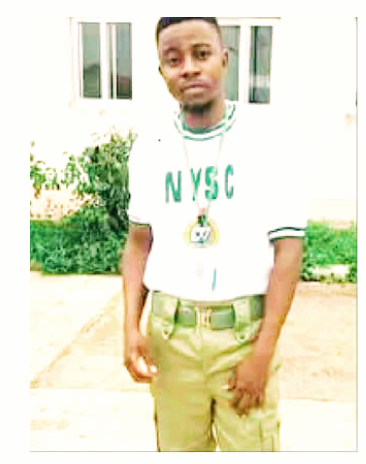 Barely 48 hours after the death of a student of the department of electrical and electronics engineering, the Nigeria students community has been thrown into another tragedy as a result of the death of one of her Alumni Ekene Uwaoma, a serving corps member in Owerri, who was shot dead by yet-to-be identified gunmen.

This is just as a graduate of Electrical Engineering, University of Ilorin, Miss Taofeeqah Oloriegbe, died on Monday – five days to her convocation.

Insight media learnt that the Imo incident happened around 8.30pm at Ama-wire Junction, when the corps member and his friend, identified simply as MacDonald, were returning to their residence.

Uwaoma, 23, was a 2016 graduate of History and International Studies from the Imo State University, Owerri, and was undertaking his one year National Youths Service Corps programme in Ogun State.

He hailed from Umudo-Anara, in the Isiala Mbano Local Government Area of the state and was the second son of his parents.

He was said to have come to the state to see his mother, Mrs. Mary Uwaoma, when he was murdered.

His friend, MacDonald, told our correspondent on the telephone on Tuesday that he was with the deceased when the gunmen waylaid them and demanded their mobile phones.

MacDonald said, “We were returning home from where we went to buy food. Suddenly, four boys bearing arms stopped and asked us to surrender our phones. I quickly gave them mine, but Ekene (Uwaoma) refused to surrender his phone.

MacDonald disclosed that the corps member was rushed to the Federal Medical Centre, Owerri, where doctors confirmed him dead.

“The gunmen didn’t go with his phone. It was a pity. This was the first time somebody was killed in my presence. I am heartbroken. His picture keeps appearing in my mind. I can’t bear it,” he added.

A family member, who did not want his name in print, told our correspondent that Uwaoma’s death had thrown his family and village into mourning, adding that the deceased’s mother had yet to recover from the shock.

The state Commissioner of Police, Chris Ezike, who confirmed the death to our correspondent, said the command had swung into action to apprehend the fleeing murderers.i