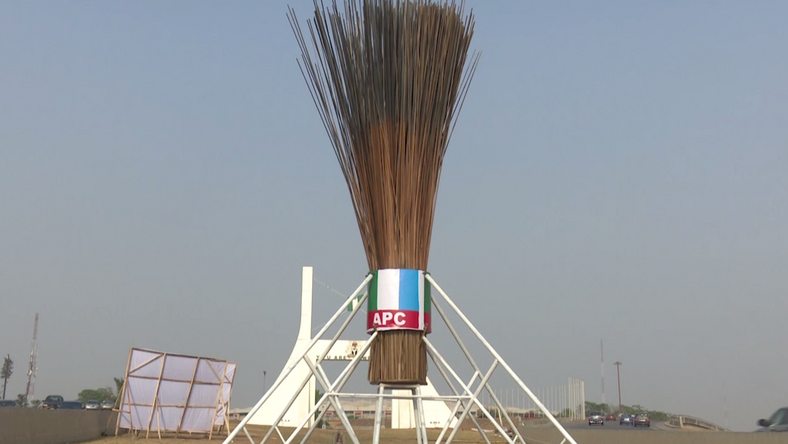 The All Progressives Congress has dissociated itself from the monumental broom erected at the city gate in Abuja.

The broom has generated reactions from Nigerians who queried the cost of its erection and why a party symbol could be erected at the entrance of the Federal Capital Territory.

Speaking with Channels television, the National Publicity Secretary of the APC, Mallam Isa Lanre-Onilu said the party did not erect the giant broom but some supporters of President Muhammadu Buhari did.

Reacting to the PDP’s condemnation of the symbol, Lanre-Onilu asked the opposition party to go and erect its symbol too.