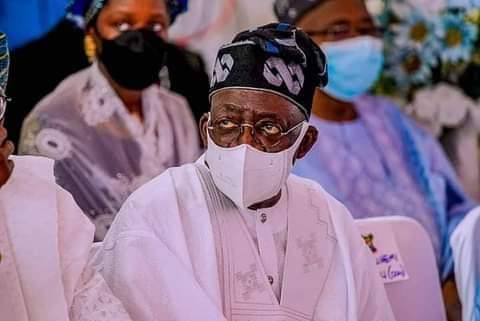 According to the APC Muslim youths, they preferred a Christian political leader from the North to enhance the party’s fortunes ahead of the polls, instead of the former governor of Borno State.

Abdullahi Saleh,the leader of the group, while briefing newsmen in Abuja on Tuesday evening, July 19, 2022, explained that they were in total rejection of Muslim-Muslim ticket in the 2023 presidential election by the party, saying that all Nigerians should be carried along in all spheres of life.

They opined that though the APC presidential candidate had the right to make decisions regarding who would be his running mate, such decisions must not be made against the collective sensibilities and against the wishes of Nigerians with diverse views and beliefs.

The youths also noted that it was worrisome that of all the country’s political parties, only the APC presented a Muslim-Muslim ticket, saying that in their opinion, it is insensitive and a gross display of a lack of respect for their Christian brothers and sisters.

They noted that the APC presidential candidate, Asiwaju Bola Ahmed Tinubu is a Muslim from South West Nigeria, and picking another Muslim from the northern part of the country as his running mate is politically and morally indefensible.

The youths stated that they hold the firm conviction that such a move can boomerang with unpleasant consequences for the APC at the general elections, adding that there was the need for the party’s leadership to make haste to correct this error of judgment.

The leader of the group was of the opinion that in Northern Nigeria, there are credible candidates with rich credentials and with massive grassroots following that can complement the presidential ticket of the APC in the presidential elections and ensure its success in the forthcoming polls.

He stressed that as such,“the 19 APC States Northern Muslims Forum sees the selection of Senator Kashim Shettima as an aberration that should be corrected with immediate effect by the relevant authorities within the party for the corporate existence of the country.”

He explained that “the implication of non-action in this regard can only be imagined, so much so that the majority of the eligible voters in Northern Nigeria have elected to boycott the APC in protest of the disrespect and disregard to Northern Christians, whose population and relevance in the scheme of things in the region cannot be overemphasized.”

He stated that the APC must respect the religious diversity of the country.

They, therefore, called on President Muhammadu Buhari and Tinubu to replace the vice presidential candidate of the APC.