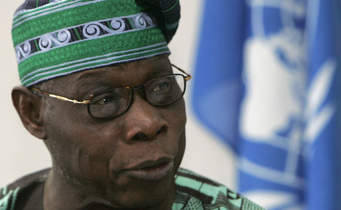 The Ex-President said this at the Olusegun Obasanjo Presidential Library, on Saturday in Abeokuta while receiving one of the PDP national chairmanship aspirants, Chief Raymond Dokpesi, according to the News Agency of Nigeria.

He said, “I have also said that the two parties that are there, the one in government and the one in opposition, are both wobbling parties.

“I still believe that the two wobbling parties can still be made strong,” Obasanjo said.

He said he left the PDP when he realized that the party will collapse. Adding that PDP supposed to rule this country for 50 years if not because it was swallowed by the problems of its own.