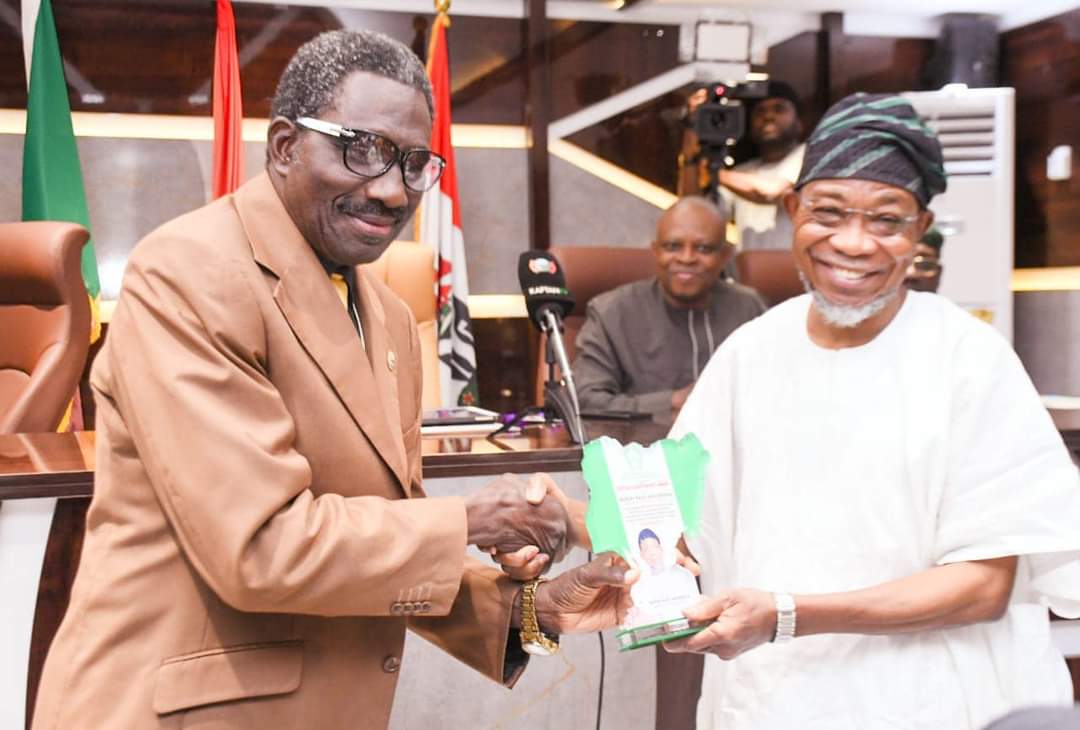 The National President of the Association Alhaji Haruna Danjuma, represented by his Vice President, Mr Adeolu Ogunbanjo, said the decision was informed by the outstanding achievements of the Minister during his tenure as governor of Osun state.

He stated that the governor initiated the construction of 3685 blocks of classrooms across the state, and 11 of these structures are upgraded to a world class standard installed with cutting edge technological instructional facilities.

He said such human development strive has equally come to bear in his assignment as cabinet member of President Buhari’s administration, where he championed the change of nomenclature to Nigeria Correctional Service, leading to prison inmates furthering their educational pursuit to some aspiring to acquire PhD in their choice of disciplines.

On his part the Permanent Secretary of Interior, Dr. Shuaib Belgore, stated that he was not surprised with the positive remarks from earlier speakers, this is because his boss has brought in dynamism in his style of leadership, he said the vigour Aregbesola pursued his work is unprecedented, there by leading to the automation of activities of Ministry of Interior.

Dr. Belgore added that the Minister is highly visionary to the extent that he ensures that he improve all systems better than how he met them.

The Minister of Interior, Ogbeni Rauf Aregbesola, while responding, he thanked NAPTAN for recognising and appreciating his performance, he further said nothing is more exciting than people to appreciate you and demonstrate you a show of love for the service rendered in the state.