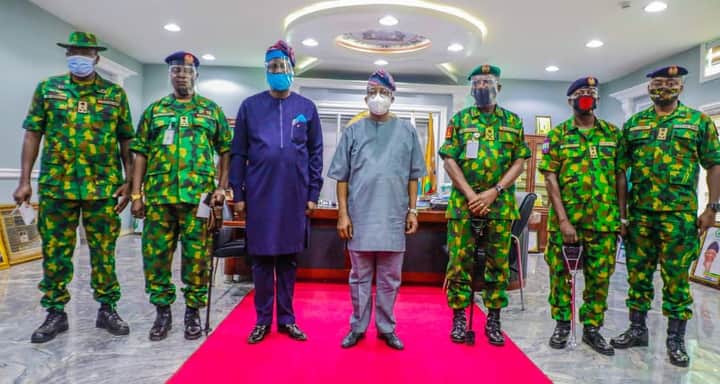 Osun State Governor, Mr Gboyega Oyetola, on Wednesday said that the State was well positioned to host one of the six Girls Military Schools, which the Nigerian Army plans to establish across the six geopolitical zones of the country.

This is also as the Governor named the ancient town of Ede in particular as the most suitable community to host the school.

Oyetola disclosed this while receiving an eight-man delegation of high-ranking officers of the Nigerian Army, led by the Chief of Standard and Evaluation, Major General Francis Azinta, during a courtesy visit in his office at the Governor’s Secretariat, Abeere, Osogbo.

The delegation, it was gathered was on an inspection tour of the State.

Oyetola, who described Ede as a secure and peaceful community, with highly friendly and accommodating people, maintained that the government would not have to go through the stress of looking out for a virgin land to site the school, adding that the Command School in Ede town would be a good host.

While addressing the delegation, Governor Oyetola said, “I want to thank the Nigerian Army for counting our state worthy of hosting one of such great institutions being planned to be established across the geopolitical zones in Nigeria.

“I can proudly assure you that our state is well-positioned for this. We don’t have to go through the stress of looking for a virgin land. We have a Command School in Ede. I’m happy that you acknowledged that our State still remains the most peaceful state in the country. Ede is a very secure place for such a school. Our people too are also very friendly and accommodating.

Earlier in his address, the leader of the delegation, Major General Azinta, who described Osun as the most peaceful state in the country, said that the six schools would be spread across the zones, one for each.

“In 2017, the Chief of Army Staff, Gen Buratai established the Women Corps. This year, he muted the idea of establishing the girls’ military schools which will combine academic and military trainings for young women, particularly for those aspiring to take up career in the military.

“There will be six across geopolitical zones, one for each. And the Army has resolved that at least, 60 percent of annual enrolment will be from the political zone.

“We are considering the establishment in the existing Command Schools. We are also open to the option of the provision of a virgin land, provided the State is ready to partner with the military.

“The site of the school must not be in a remote part of the state, so that it can be accessible to students from different parts of the country, since it is a national school,” Maj. Gen. Azinta stated. 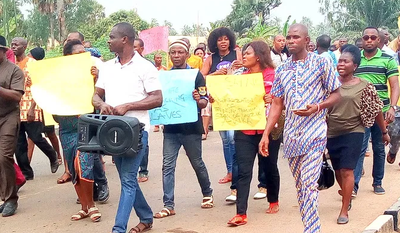