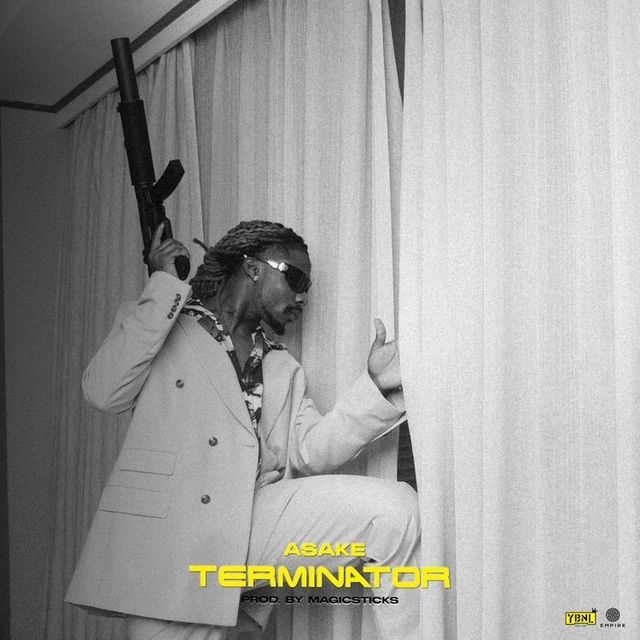 Ahmed Ololade Asake popular known as Asake has continued to rave the moment as he released a new single tittle ‘Terminator’.

Asake was born and raised in Lagos State, he studied theater and performing arts at Obafemi Awolowo University and was initially focused on dance. He began releasing music around 2018, blending bright Afrobeat rhythms with his own mix of singing and nimble freestyling. After developing his sound over early singles like “Ayeeza” and “Kanipe,” he released “Lady” in 2020, which effectively launched his career. Nods from more established tastemakers like Broda Shaggi and Tunde Ednut helped extend the song’s reach, and he followed with “Mr. Money,” which became one of his signature songs.

Nigerian Afro-pop singer Asake found breakout success in 2020 with “Lady,” an indelibly sunny track with a brisk beat and good-time vibes. Over the next two years, he built on his popularity with further hits like “Mr. Money” and 2022’s high-profile Olamide collaboration “Omo Ope.”

Asake’s talent has defined 2022 with his singles laying the template for type of music that is considered hits. After dishing out successive hit songs, Asake continues his sensational from with new single ‘Terminator’.