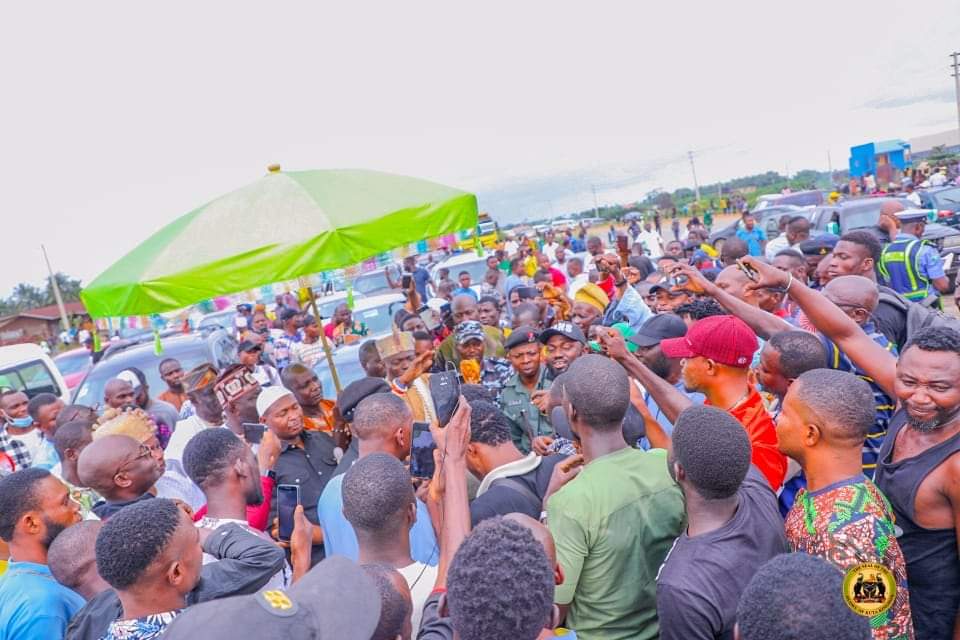 Olowu of Kuta, HRM Oba Adekunle Makama oyelude, Tegbosun iii, has appealed to the federal government to resolve the lingering crisis involving it and the Academic Staff Union of Universities, ASUU, without further delay.

Olowu made this appeal on Tuesday when his convoy ran into the road block mounted by National Association of Nigerian Students’ NANS on Lagos/Ibadan Expressway protesting the lingering crisis.
The monarch who addressed the students body and urged them to open the expressway to ensure free flow of traffic promised to take up the issue with the authorities concerned.

He, however, commended the students for listening to him and the security for the way they handled the peaceful protest from degenerating to fracas.

Oba Makama on his Facebook page wrote; “Earlier today we ran into a massive protest by National Association of Nigerian Students, NANS, on the lingering ASUU strike. Their massive protest grounded traffic to a halt on the ever busy lagos ibadan express way.

“As a father and Natural Ruler, I have to lead other traditional rulers on my Entourage to address the organisers of the protest so as to ameliorate the suffering of the commuters on the ever busy highway.

“I’m appealing to the relevant authorities to please save the future leaders of our nation from becoming vanguard of destruction by considering all various options in resolving the problem.

“Thanks to all our very responsible students unions for listening to us and reopened the Highway. Thanks to the security agents for being very civil and highly cautious in handling the situation. May the future of our children’s not be destroyed,.’amin ase edumare.”