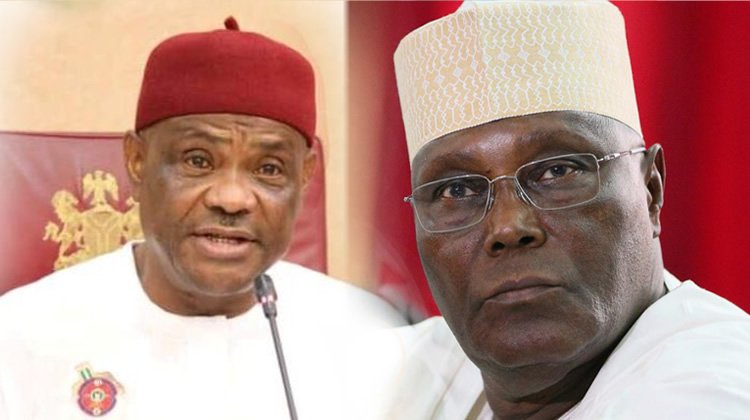 The camps of Governor Nyesom Wike of Rivers State and the presidential candidate, Atiku Abubakar will on Wednesday, September 14, 2022, begin legal fireworks at the Federal High Court in Abuja on the legality of the primary election that produced Atiku.

The suit which was filed by a chieftain of the party, Chief Michael Newgent Ekamon seeks the court to nullify the victory of Atiku and declare Wike as the legal presidential candidate of the PDP.

Multiple sources have told newsmen that some Senior Advocates of Nigeria (SAN) have been assembled by Governor Wike, while Ayo Kamaldeen Ajibade, a Senior Advocate of Nigeria, SAN, will lead the legal team of Atiku.

A hearing notice was sighted by newsmen, which indicated that the matter has been slated for a definite hearing by Justice Ahmed Ramat Mohammed.

The People’s Democratic Party, PDP, has for months been twirled by the dilemma, with a camp loyal to Governor Nyesom Wike, demanding the removal of Mr Iyorchia Ayu, the party’s national chairman, to enable a replacement from the south of Nigeria to be appointed. That camp believes that is one of the ways of addressing the lopsidedness in the leadership of the party.

Regardless of the unsettled matters within the party, Ayu has handed over to the Deputy Chairman (North) of the party, Umar Iliya Damagun.

Simon Imobo-Tswam, Ayu’s Special Adviser on Media and Communications, on Tuesday evening, September 13, 2022, revealed that the Chairman will be out of the country till the end of the month.