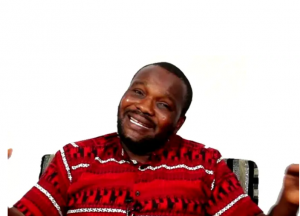 Actor Yomi Fabiyi’s controversial new movie ‘Oko Iyabo’, has sparked an outrage from members of the public. The movie according to social media users, is based on Baba Ijesha’s rape saga with real names of those involved in the case. Also it was reportedly made to look like the minor was in an affair with Baba Ijesha who is now facing trial for child molestation and sexual abuse.

Yomi Fabiyi has been dragged for being insensitive and making a mockery of the pain of the minor and those involved in the case.

Here are some reactions to the movie on social media;

@DrOlufunmilayo wrote “An underaged girl was allegedly raped in the past by a Yoruba actor. There’s video proving further attempts by the same man. Yomi Fabiyi makes a movie mocking the child, her mom Princess and Iyabo Ojo the whistleblower. This is complete and utter shame to the entire Yoruba movie industry.”

@Duke_Kanbai_ wrote “Everything about this is d*sgusting!!!! Everyone in this movie should go to prison…. this is a minor !!! They are not even concerned about the mental health of the child!!!! What is this shamelessness ?!! @yomifabiyi do you have a conscience?”

@AdeleyeToyo wrote “Such an embarrassment. How do you even make a movie on a case that is still in court? At this point, I stand to cancel the culture!”

@DavisAkuba wrote “The movie should be reported and brought down from YouTube, imagine such misleading content passed across our younger generations. Shame on Nollywood Yoruba.”

@a_vanita wrote “See!!! Yomi Fabiyi is b*****d!!!!!! He actually did a movie about the whole Princess stuff and painted the story like the 14 year old girl was having a thing with Baba Ijesha. I can’t believe this!!!! He titled the movie “Oko Iyabo” and actually used their names!!!! He called Iyabo Ojo a prostitute. Mocked Princess’s pain. Painted the 14 year old girl like she had a thing to do with Baba Ijesha. @yomifabiyi you’re a bloody b*****d.

@okonjithelma wrote “The Audacity of Yomi Fabiyi!!! The Audacity. Made a movie & titled it “Oko Iyabo” only for the movie to depict the alleged sexual abuse of Princess daughter, the Audacity is him using their real names in the movie, what manner of madness is this ? I hope everyone flags it on YT”