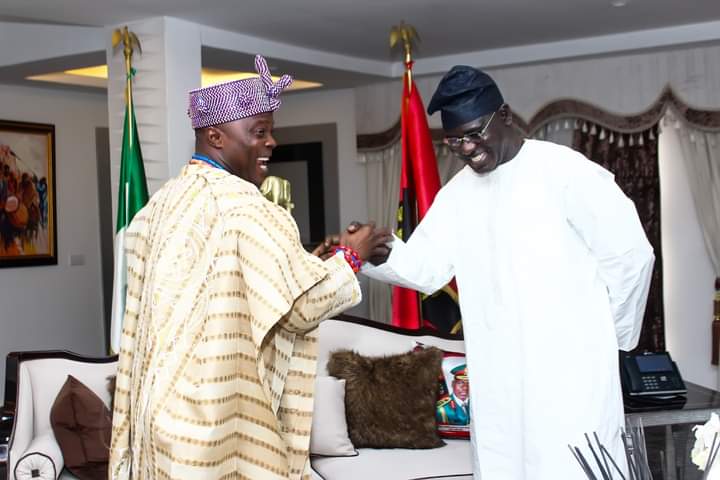 The Olowu of Kuta, Oba Hammed Adekunle Makama Oyelude Tegbosun 3 has described the gesture of the Nigerian Army to construct a Bailey bridge linking Kuta, Ikoyi and Ede, as a historic and historical moment that his people will forever be appreciating till eternity.

Oba Oyelude expressed his happiness on Monday during the commissioning of the project and official commissioning of his multi-million palace hall in Kuta, Ayedire local government area of the state.

The monarch said achieving the construction of the bridge during his reign marks the beginning of a new era under for the people of Owu Kuta, Ikoyi and Ede.

“There were moments when their hopes were raised only to be tragically dashed from unexpected quarters. Several of our illustrious sons and daughters worked very hard to birth this dream of our fathers without success. It wasn’t that they were not patriotic or that they did not do enough. It was just that victory does not always go the way of the strongest nor the race to the swiftest. 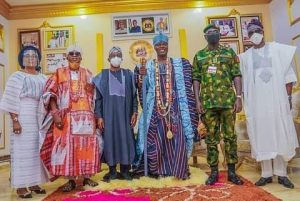 “When I became the Olowu of Kuta some years ago, I made a covenant with God and with my ancestors to use every contact and connection I might have to advance the cause of Kuta. And that precisely I have been doing without looking back. It was the spirit behind the construction of the Olowu Kuta palace which we are also commissioning today.

“The same spirit spurred me to seek help from General Buratai for the construction of the Osun bridge. My people say when fortune wants to smile on a man, his Maker (or what we call ori) will send an angel to him. I must state it here and now that the Chief of Army Staff, General Tukur Buratai is that angel dispatched from heaven to free our town from being a cul de sac, a route leading nowhere, or what the Yoruba call oku’na. Let me put it on record that I got the nod and the official approval of the COAS for the bridge project in less than one day. He surprised me. God will continue to give him and all around him pleasant surprises. Today, I am proud to go to the rooftops to shout that we are the greatest beneficiary of the government of President Muhammadu Buhari through the Chief of Army Staff. 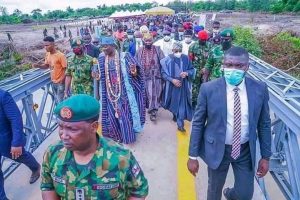 “It took us more than a hundred years to get this done! I dare say that a hundred years from now, sons and daughters of Kuta, Ikoyi and Ede and all our neighbours will remember a bridge-builder Babur man in Army uniform from Buratai in far away Borno State who, out of sheer love for me, for my people and for my state decided to use his office to get this done for Yorubaland.”

The Monarch said his community will henceforth be celebrating the historic achievements by marking a yearly Buratai Bailey day, which will be to celebrate the Nigerian Army efforts towards protecting the country.

Also speaking at the event was the Governor of the state, Mr Gboyega Oyetola who also appreciated the efforts of the Nigerian Army towards combating series of challenges facing the country. 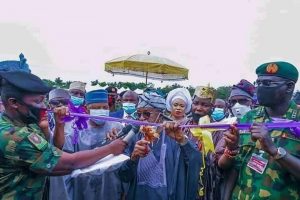