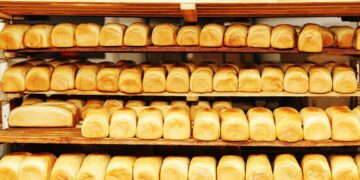 Nigerians will pay more for bread in the coming days as bakers in some states have announced price hikes to cover the high cost of ingredients.

Kogi Master Bakers said on Sunday they were resuming production after weeks of strike, but will increase prices of their products.

The association had on Wednesday joined the nationwide strike declared by its national body to demand government intervention regarding prices of materials used in bread production.

“Although the federal government is yet to respond to our pleas and demands, we are satisfied that we have at least sent a message hoping for a positive result,” Gabriel Bamidele-Adeniyi, Chairman, Association of Master Bakers and Caterers of Nigeria, Kogi Chapter, told the News Agency of Nigeria (NAN).

“Unfortunately, as we resume production, July 25, prices of bread will definitely increase by 20 per cent.

“We want the public to know that the new increment in prices of stable bread is not our making but that of the increase in the prices of commodities we use in bread production.

“We want the government to see to it that prices of yeast, sugar and flour being imported are drastically reduced so that only three companies have the licence to import them.

“Unfortunately those three firms are monopolizing the prices of sugar, yeast and flour to the detriment of bakers in Nigeria,” he lamented.

Bakers in Abuja said last week they had decided not to take part in the strike as they preferred to engage with the government to find solutions. They warned that they would suspend production, however, if that failed.

In Cross River, bakers said they were increasing prices and reducing production quantities amid high cost of ingredients and production.

This was disclosed by a leader of the state Master Bakers group, Thomas Odey, in an interview with NAN on Monday.

Mr Odey said the Cross River master bakers did not join the national body in their two weeks’ withdrawal of service but resolved to increase price and reduce the quantity of production to prevent wastage.

The Director of Canaan Delight Bakery Nigeria Limited said that a withdrawal of service was not good for the system as a lot of average Nigerians would suffer because bread was a staple commodity in the country.

“The planned increment is not even enough, this is because the price of every means of production has increased from condiments to diesel and all other raw materials.

“This is a global issue that is not peculiar to Nigeria or materials for baking alone but the price of every foodstuff has increased significantly.

“In my contacts with big flour mills in the country, they will tell you the Russia/Ukraine crisis, exchange rate and the issue of sourcing foreign currency are posing major challenges and increasing the price of wheat flour,” he said.

Speaking further, Mr Odey noted that the use of cassava and potato flour was an option but the challenge was that the specific species of cassava needed for good flour production was not sufficient in Nigeria.

He said the normal cassava that was common in Nigeria was bitter when used to produce flour while potato cultivation was still largely at subsistence level, making production insufficient in the country.

“In my training with Flour Mill, I discovered that they mixed cassava flour with wheat to get what they used but the kind of cassava they used was a specie we need to develop in large quantities.

“Nigeria needs to channel its resources and mindset to developing agriculture and stop paying lip service because if we continue to depend on the importation of foreign raw materials to salvage our few industries, it will never help us,” he asserted.

Residents Complain in Enugu
Last week, residents of Enugu decried the four-day warning strike embarked upon by bread bakers, as the current price of the commodity had become unaffordable.

Some of the residents, who spoke to NAN in Enugu on Sunday, said the warning strike had affected many bread consumers because it ended up making the price of the commodity to further increase.

Some bread sellers said there had been an increase in price of bread by 30 per cent following the strike by the Bakers Association of Nigeria.

A bread seller, Samson Igwe, said that the price would further increase across the state after the warning strike due to the high cost of raw materials used for baking bread.

Mr Igwe said although the price had increased, it did not feel that his customers would stop patronising him because a lot of people were still eating bread daily.

“My customers will only reduce the number of loaves they buy but will find it difficult to do away with eating bread daily,” he said.

Another bread seller, who spoke on condition of anonymity, said that the increase in the price would affect feeding patterns in many homes.

According to him, many families depend on bread for their breakfast and as a snack in between meals.

“With another increase in the price of bread, many families will find it difficult in feeding as many have reduced number of loaves of bread they buy from me due to increase in price,” he said.

“Sometimes, when there is no food in the house, I prepare tea with bread for my kids as they wait for me to cook.

“But with increase and further increase, it will be difficult to feed the children with bread as usual,” Mrs Okwuchi said.

A father of four, Mr Arthur Ude, said bread remained a staple food, while he appealed to those in authority to ensure the sustenance of bakeries in the country.

NAN reports that there had been an increase of 30 per cent on the price of loaves of bread before the warning strike announcement as the bread that was sold for N300 now goes for N400 and the one sold for N100 is now N150.

The reasons for the strike included incessant increase in the prices of baking materials and the need to press for the Federal Government to stop charging a 15 per cent Wheat development levy on wheat import.

Others include the need for NAFDAC to review downwards the N154,000 penalty charged to bakeries on late renewal of certificates.

They also want members to be given access to grants and soft loans being granted Micro, Small and Medium Scale Enterprises (MSMEs) by the Central Bank of Nigeria.

Bakers in Kogi say they would impose a 20 per cent increase on bread from Monday.