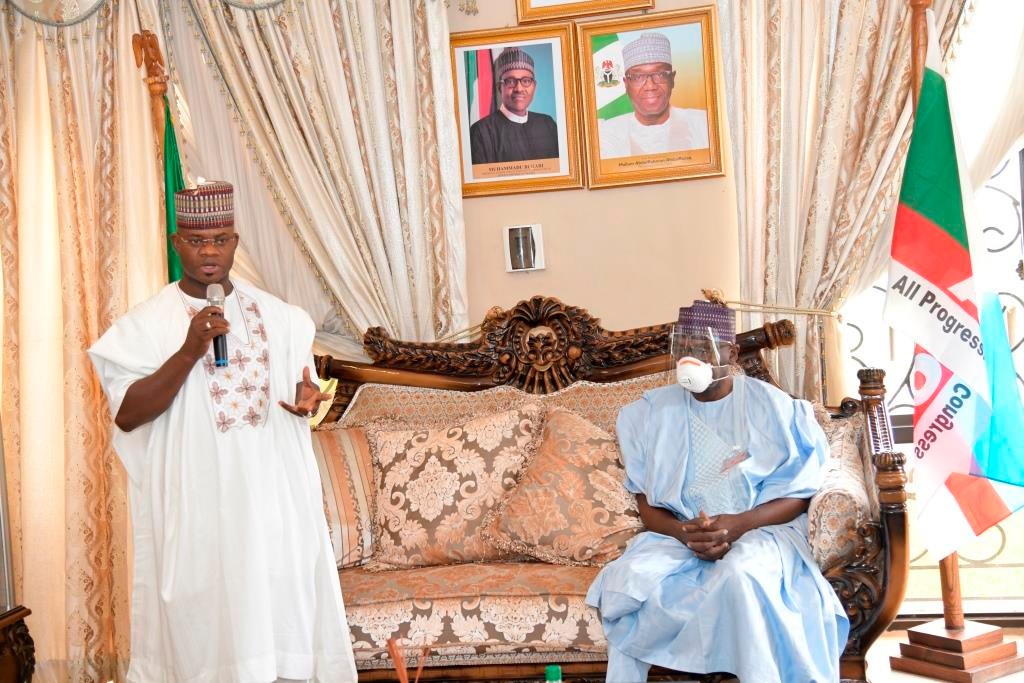 The late AGF AbdulRazaq was a great statesman who led an exemplary life and was pivotal in the development of the northern region, Kogi State Governor Yahaya Bello said on Tuesday as he led the state delegation on a condolence visit to his Kwara State counterpart AbdulRahman AbdulRazaq.

Bello said the late AGF would be remembered for his various roles in the creation of the old Kwara State from which a large section of Kogi State was excised in 1991.

“I received the demise of our father AGF with shock and we have therefore come to commiserate with Your Excellency and your family….We pray to Almighty Allah to forgive him and grant him al-jannah,” the Governor said during the visit.

The Governor, who stressed the special relationship between Kwara and Kogi, was accompanied by senior cabinet officials and leadership and members of the Kogi State House of Assembly.

“I came here on behalf of my family, people and government of Kogi State to condole my brother the Executive Governor of Kwara State, the family, the government and people of Kwara State for the loss of our father baba AGF Abdul-Razaq,” Bello said.

“Baba lived a fulfilled life, exemplary life worthy of emulation. He has left us rather fulfilled instead of mourning. Whoever lived that kind of glorious life, we should rather celebrate him. However, in as much as we would have loved to keep him, Almighty Allah loves him more. May God Almighty Allah forgive his shortcomings and and grant him Aljanah Firdaus.

“Remember Kwara State is our parent. Kwara State gave birth to parts of the Kogi State today and we still feel that attachment. The Executive Governor takes me as his brother and we are very close as governors. The lost of his father is my personal loss too just like the lost of my mother was his personal loss.”

The condolence visit was attended by Kwara APC Chairman Bashir Omolaja Bolarinwa and House of Representatives member Raheem Olawuyi (Ajulo-Opin), among others, who both commended the Kogi Governor for the visit.

“We are very grateful to Your Excellency the Governor of Kogi State for this visit to commiserate with the people and government of Kwara state on the death of a founding father of the state AGF AbdulRazaq,” Bolarinwa said, praying Allah to grant them journey mercies back to Lokoja.

AbdulRazaq also received delegations from Baruten and Edu traditional leaders who came to commiserate with him.

Foremost leader Issa Aremu also commiserated with the Governor over the development, saying: “The life and times of the elder statesman show that Nigeria is not short of worthy leaders. As an accomplished statesman and non-state private sector titan, the lifetime achievements of our father AGF Abdul-Razaq constitute a record standard for all Nigerian leaders.”

“I commiserate with Your Excellency and the family on the demise of our father. May the Almighty Allah make al-Jannat Firdaos his final abode,” the prominent scholar said in a message to the Governor late Monday.

Al-Hikmah University, for their part, said it identifies with and shares in the grief of the AbdulRazaqs at this time.

“The outpouring of emotions by the young and old, members of Nigeria Governors Forum, captains of industry and elder statesmen, party faithfuls from every nook and cranny of Nigeria are enough consolation,” the university said in a statement by its Registrar and Secretary of its Governing Council Dr Rasheedat Oladimeji. 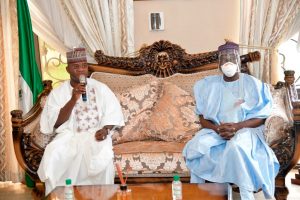