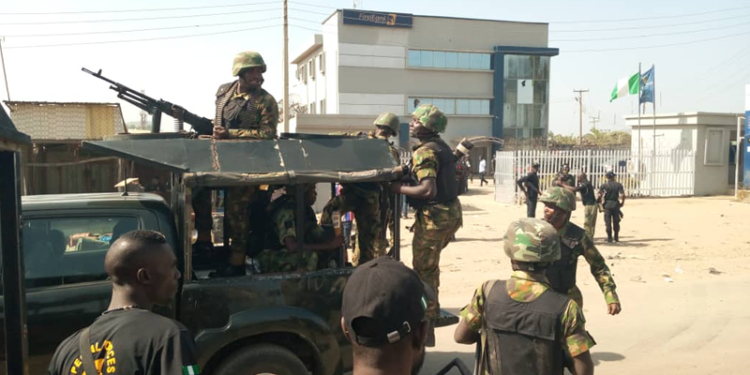 A man identified as Amosu Funso has been arrested by the Lagos State Police Command over the death of his girlfriend, Precious Udochi, in Ogombo, Ajah area of the state.

It was gathered that the boyfriend had gone to the police state to report that his lover, Udochi died of stomach ache on June 18 and he was detained by the police.

Sunday Punch reports that a police report indicated that Funso and Udochi were both live-in-lovers in Abraham Adesanya Estate, in the Ogombo area before the incident occurred.

The police report said Udochi’s corpse was found in the house and no mark of violence was observed on her body.

A police source said, “On June 17, his girlfriend who is living with him, one Udochi, returned from work at about 7.20pm and complained to him that she was having a stomach ache. She started going to the toilet and later asked him to buy her food. After eating, she slept off. At midnight, she started vomiting.

“On June 18, at about 8am, she was rushed to a private hospital in the Sangotedo area for treatment where the doctor confirmed her dead. She was brought back home. One of us, Inspector Lawrence Inaede, visited the scene of the crime for on-the-spot findings.

“On arrival at the scene, the corpse of the woman was found on the floor. There was no mark of violence on her body. We took photographs of the corpse and the complainant was re-arrested. The corpse was taken to the Mainland Hospital Mortuary for an autopsy.”

The Lagos State Police Public Relations Officer, DSP Bala Elkana, confirmed the arrest, adding that the suspect had been transferred to the State Criminal Investigation and Intelligence Department for further investigation.

He said, “We have such a case. The suspect is in custody. Ogombo division has transferred the case to the SCID, Homicide Department, where further investigation is taking place.” (Punch)