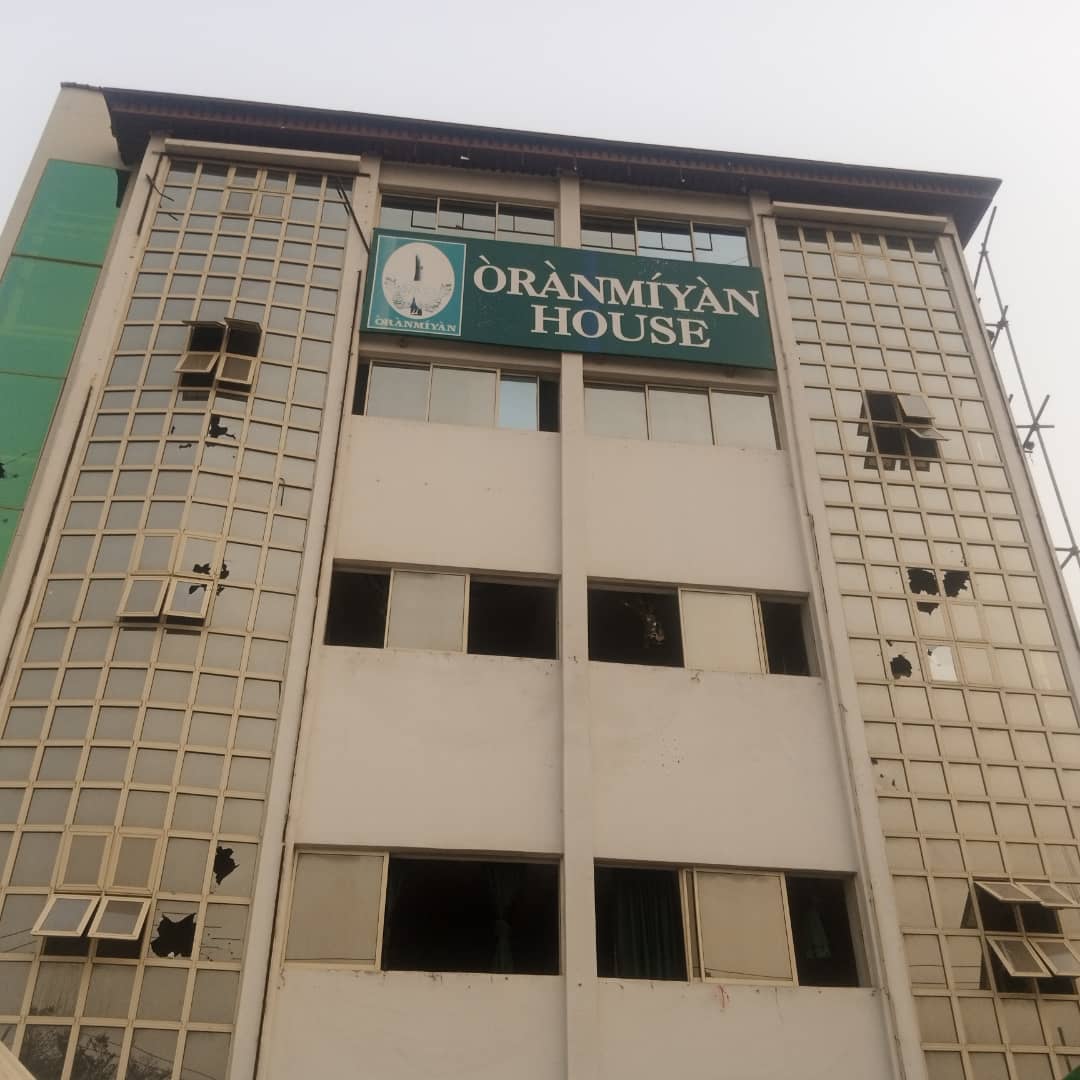 The attack came some moments after the State meeting of the Osun Progressives, a group within the Osun State chapter of the All Progressives Congress loyal to the Interior Minister.

When our correspondent visited the building, many bullets carcass were seen with people gathering in groups to discuss the events.

No casualties was recorded but the building was damaged. One of the bike