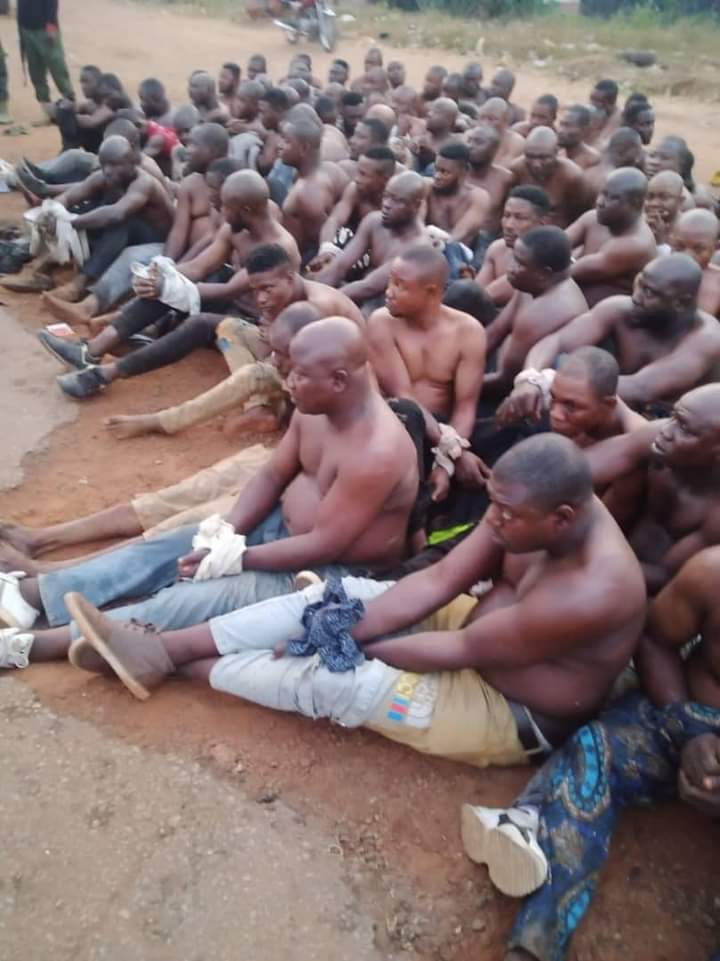 Ahead of the People’s Democratic Party primaries in Ekiti State, no fewer than 150 political thugs have been arrested by the men of the 32 Artillery Brigade of the Nigerian Army, Akure, Ondo State

The armed political thugs were rounded up at Ita Awure/Efon Junction in Efon Alaaye in Ekiti State.

It was gathered that the political thugs were heading towards Ado Ekiti for the primaries of the PDP ahead of the forthcoming state governorship election, holding today.

They were said to have been arrested at about 3am on Wednesday.

It was also gathered that the soldiers would take the suspects to Owena Barracks in Akure for further investigation.

The Public Relations Officer of the Brigade, Akin Omojokun, when contacted, confirmed the arrest and said the Brigade would soon issue a statement on the development.