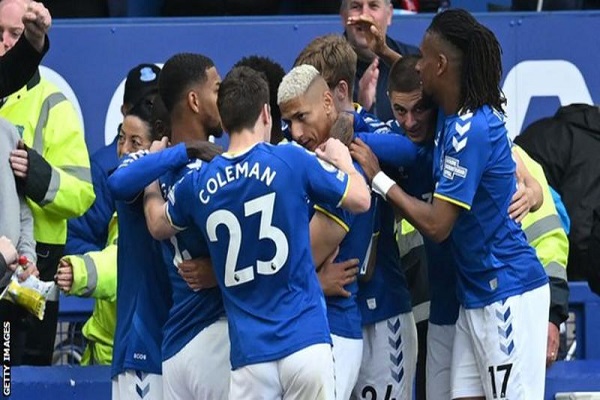 The Brazilian was gifted the chance as Cesar Azpilicueta dallied on the ball, allowing him to steal in and finish calmly.

Frank Lampard’s team are being threatened by relegation from the Premier league three points against Chelsea are crucial to their survival hope.

The win moves the Toffees to within two points of Burnley in 16th and Leeds in 17th, with a game in hand on both.
BBC sport