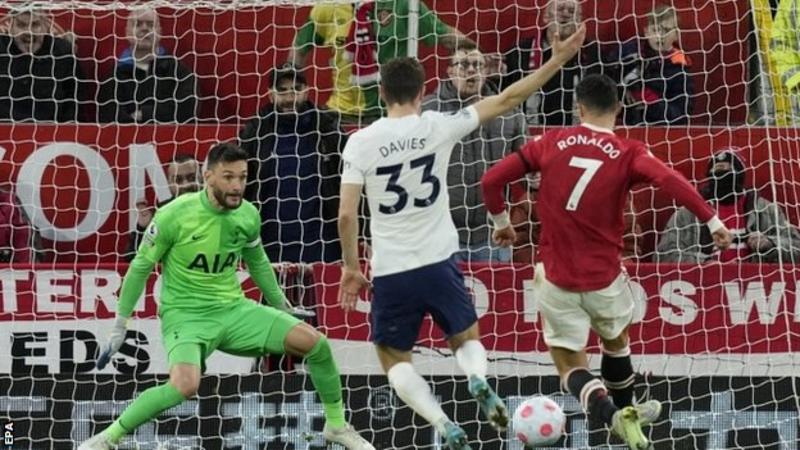 The 37-year-old who was restored into the team after missing humiliating defeat at Manchester City last week, hit a stunning long-range strike to give them the lead in the 11th minute, only his second goal of 2022.

Harry Maguire scored an own goal to equalise for Spurs before Ronaldo powered in a header from a Telles corner for his hat-trick.

The victory means Ralf Rangnick’s men are into 4th position with two points ahead of Arsenal who have four games in hand.