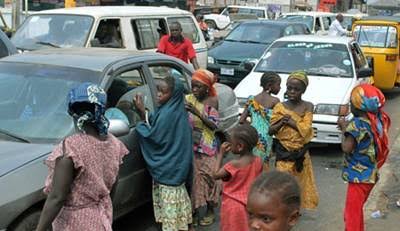 There’s a palpable tension in the ancient town of Ede in Osun State as no fewer 15 beggars have died of suspected food poisoning.

InsightMedia gathered that the beggars started dying on Monday morning and as at early hours of Tuesday, no fewer than 15 beggars have been confirmed dead. The incident happened at Oke gada area of the town.

According to sources in the community, a suspected ritualist had on Sunday night visited the area and reportedly gave them some wraps of Amala and some new notes of five hundred naira. Each of the beggar got a note of N500.

The source said, “it’s so unfortunate that it happened like that. A ritualist visited them on Sunday and gave them food and new mints of 500 naira. So on Monday morning, the started recording deaths. Many of them are currently receiving treatment at different hospitals in the town.

“We suspect outsiders as being behind this ugly incident. We have been living with these beggar for a long time and nothing of this has ever happened to them. It’s so unfortunate.”

The situation has caused tension in the area as other beggars have not come out as at the time of filing this report on Tuesday.