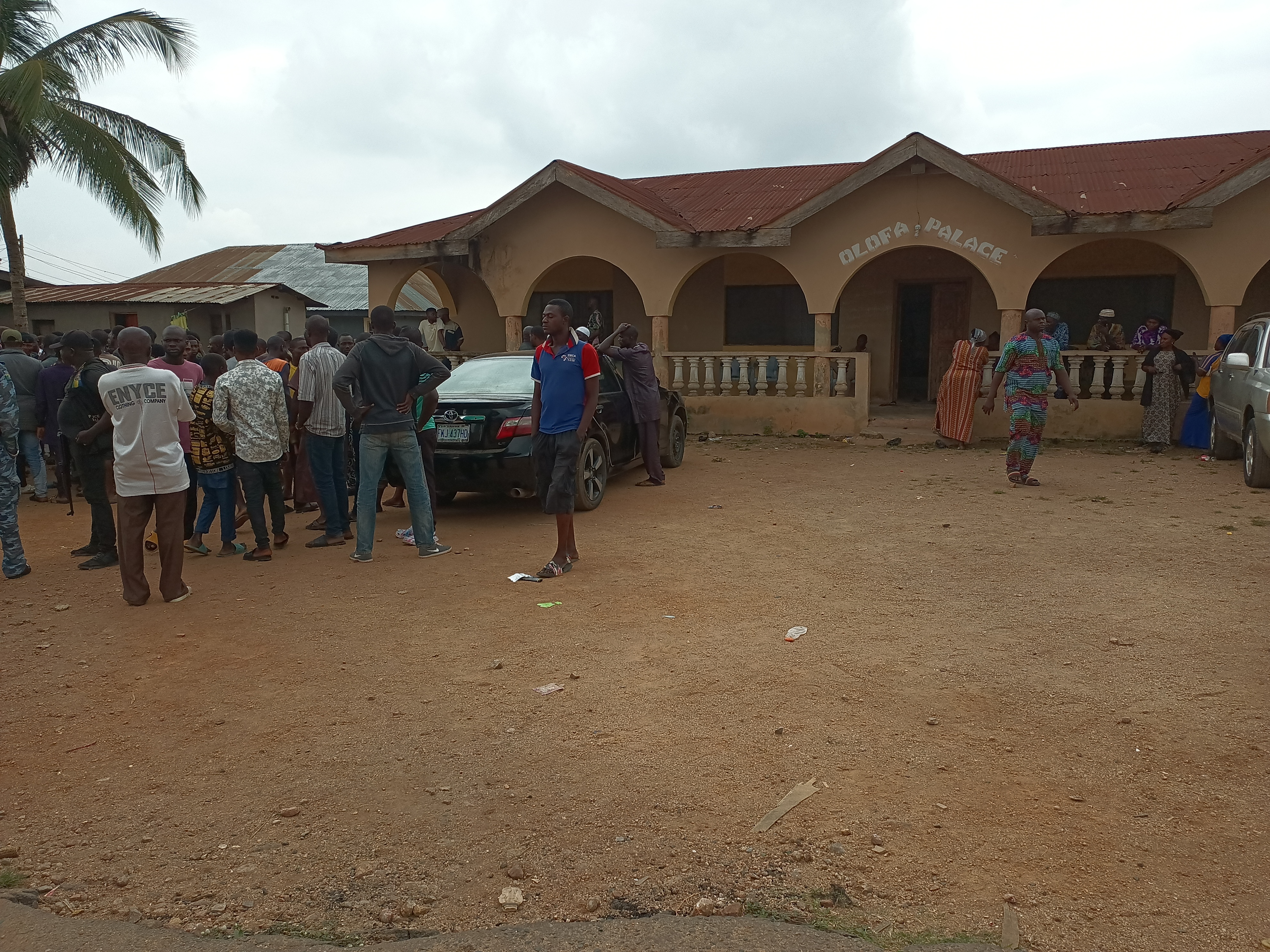 Palpable tension has engulfed atmosphere in Ofatedo area of Egbedore local government area of Osun State following the killing of a Prince in the town, Prince Yinusa Abdullahi.

Yinusa, who is a son of the community leader, the Olofa of Ofatedo, was shot dead in the early hours of Saturday at his residence by a suspected cultist in area simply identified as BJ.

The incident led palpable tension in the community as shops owners closed shops and fled the area as youths staged protest. They aggrieved youths set tire ablaze at different points in the town.

Narrating the incident, a resident of the area, who gave his name as Opa said the assailants and the victim had argument on Friday night over an unpaid transport fare.

“Yesterday, some people boarded Korope (Mini bus) and they alighted without paying the driver. As the driver was dragging with them, they beat him. When brother (Yinusa) heard, he followed the driver to the bunk where they sell Indian hemp.

“On getting there, the man pointed to BJ. This led to an hot argument between Yinusa and BJ and Yinusa. After the argument, the man came back at 12:30am to Yinusa’s residence. He knocked the door and as brother came out to meet him, he shot him.”

He also said BJ has visited the community twice today.

“When he came to the area this morning. As we were chasing him, I had an accident and sustained injuries.”

Opa added that the deceased was a nice man who was good to all young persons in the area.

Meanwhile, our Correspondent saw hundreds of sympathisers at the Palace of Olofa, while some youth have blocked the road forcing motorists moving to Ido-Osun to make U-turn.

It was also gathered that the police have visited the residence of BJ located along Ebunoluwa international school but he was nowhere to be found. His father has been arrested.

Efforts to reach the Police Public Relations Officer, Yemisi Opalola failed as she did not pick calls to her phone. However, InsightMedia met senior police officers including the Divisional Police Officers of Dada Estate and Ido-Osun divisions at the Palace.