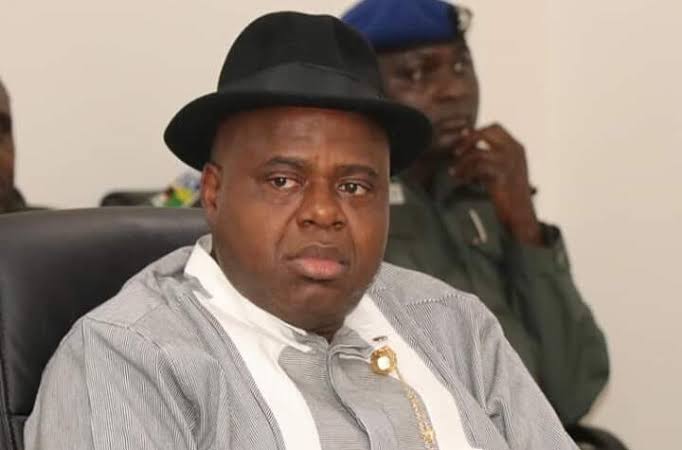 The Justice Ibrahim Sirajo-led panel voided the outcome of the gubernatorial election that held in the state on November 16, 2019, over the exclusion of one of the registered political parties, Advanced Nigeria Democratic Party, ANDP, in the contest.

ANDP had in a petition it lodged before the tribunal, contended that it was unlawfully excluded from participating in the election by the Independent National Electoral Commission, INEC, despite the fact that it fulfilled all the statutory requirements.

The tribunal said it found merit in the petition and consequently nullified the election and ordered INEC to conduct a bye-election in the state within 90 days.

The verdict came barely two days after the tribunal dismissed as lacking in merit, three other petitions that sought to sack governor Diri on the premise that his Deputy, Senator Lawrence Ewhrudjakpo, submitted forged NYSC certificate to INEC for the purpose of the election.

The dismissed petitions were brought before the tribunal by Alliance for Democracy, AD, and its candidate, Owei Woniwei, United Peoples Congress, UPC, and its candidate, Ibiene Stephen, as well as that of candidate of the Liberation Movement, LM, Vijah Opuama.

It will be recalled that though Diri of the PDP came second in the governorship election, he was later declared the winner after the Supreme Court, in judgement on February 13, disqualified the candidate of the All Progressives Congress, APC, David Lyon, following discrepancies in documents his deputy, Biobarakuma Degi-Eremieoyo, attached to the Form CF001 he submitted to INEC. (Vanguard)