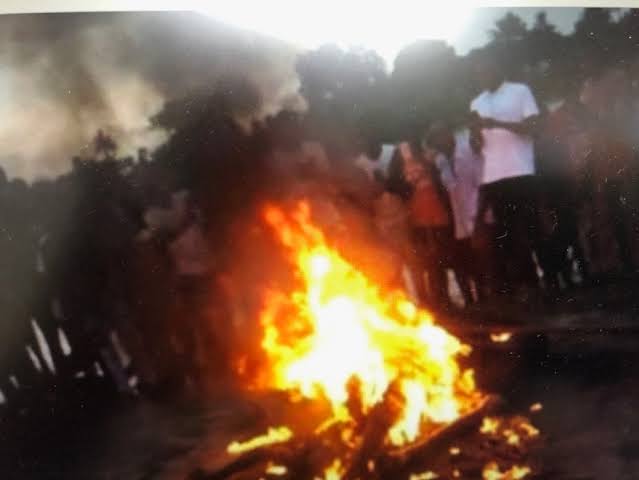 It was gathered that the suspects met their Waterloo while trying to kidnap some kids around Orieru area of the town.

It was however gathered the suspects were escorted to the palace where they were later directed to go to the police station.

They were accosted by angry mob who later set them ablaze at the junction adjacent the former branch office of Wema Bank, along Oja Ale, Iwo.

Sources confirmed to InsightMedia that two others were arrested yesterday in the town and they are still in police custody. This is different from those arrested in connection with the ritualist den discovered in the town on Monday night.