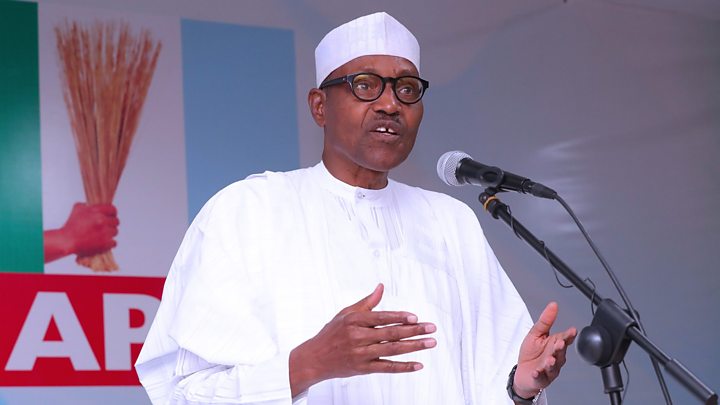 President Muhammadu Buhari, on Friday, dismissed rumour making round that he’s working to perpetuate himself in office beyond 2023, saying he ready to obey the Nigerian Constitution.

Speaking at the National Executive Committee (NEC) of the All Progressives Congress (APC), President Buhari also charged leaders of the party that they work hard to make the party attractive to their constituents, so that the party could live beyond 2023 when he will leave office.

President Buhari, who commended the party’s National Chairman, Comrade Adams Oshiomhole, for his efforts at leading the party, also lamented the losses that the party had suffered in some of the states it used to rule, citing Imo, Zamfara and Bauchi States.

Speaking on the rumour that he was nursing a third term ambition, the president urged those who were spreading the rumour to read Constitution, saying he is permitted only terms of office, the second of which he is running already.

“Anybody who fails to maintain the respect of his constituents and is thrown out, it’s his problem. Like the chairman has said, all those who left us to the upper house, none of them were voted by his constituents. You want to take our people for granted but they know what they are doing”, he said.

The President also tasked the leadership of the party to work hard to entrench it so it will last and crystallise into an enduring institution, saying history will be unkind to them should the the party collapse at the end of his administration.

“The aim is that, as I mentioned yesterday, history will not be fair to us out rightly if the APC collapses at the end of this term. History will be fair to us if the APC remains strong and not only holds the center, but make gains. People will reflect with nostalgia that once upon a time, the builders of APC made a lot of sacrifices, worked very hard.

“The sacrifices are physical, material and moral to make sure that we maintain the Leadership, politically of this system. This is what we should all aim at and ensure that our constituencies understand us and follow us to this great objective.

“What we did for you the executive, NWC is bottom to top. you must make sure that people elected to be responsible for polling units to wards to local governments to states to here are respected in their respective constituencies.

“This is the only way we can make this party survive, this is the only way history will be kind to us that we have led with absolute concern for the country and for the people. If for any other reason, you divide the party, at any constituency and it causes failure, then be prepared that history will not recognize you as a leader at any level at any time”, he reiterated.

Speaking further, the President noted that the relationship between the executive arm of government and the legislature, under the current dispensation, had been commendable, noting that the National Assembly had been cooperative, which had allowed the administration to make remarkable progress.

“Yesterday I had to mention our relationship and when I say ‘our’, I mean the executive and the legislature and I was constrained to tell you (those that were there), there was a time I called the Senate President and the Leader of the House and told them that to sit on a budget for 7 months is not politics nor is it hurting the president, whoever he is. It is hurting the country and the people we swore by the books we believe in, to serve them whole-heartedly.

“For that reason, I was pleased to mention yesterday, that the 9th Assembly, you can see and read in the papers, they have shown so much commitment, they sit down on important issues and we make a lot of progress. This relationship, we will try and maintain because there are a lot of things that will not go public.

“We cannot allow those things to go public but i want to tell you that we are making a lot of progress and what people fail to do is to appreciate the progress that this administration has done, what we inherited when we came in 2015”, he said.

Also speaking at the meeting, the APC Nat’l Chairman, Comrade Adams Oshiomhole gave account of events that had been from the general elections, the successes and losses, as well as areas where the party still hopes to make gains.

“I think our victory in Kwara state for me was most outstanding. I think we now generally refer to Kwara with Pride as the Otooge revolution. We also won in Gombe State. I’m sure for our brothers in the North-East, Gombe with an incumbent PDP governor, our people only armed with their bare hands, but obviously with Mr President’s good will, we defeated PDP in Gombe State and today Gombe is governed by APC governor.

“So, Mr. President, I believe that until these issues are finally resolved particularly those of them that are likely to go until Supreme Court level, I believe heavenly that life is sustained by hope, I believe that by the time we are done, we will have a chance of winning some of these cases that are going to the Supreme Court where we have lost at the level of the Court of Appeal.

“We have also got through a rather stressful process including the fact that the opposition chose to challenge your election. They even wanted to take in to school as to whether there is different between Muhammadu and Muhammad and all,” he said.

The NEC, which held more than a year after the previous one, was attended by the Vice President, Professor Yemi Osinbajo, governors of the party, the party’s pioneer Interim Chairman, Chief Bisi Akande, as well as other senior members of the party. (The Nation) 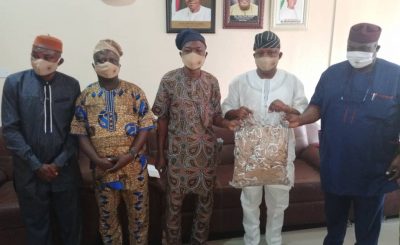