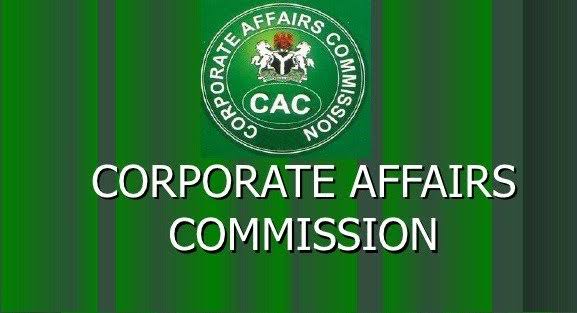 The Corporate Affairs Commission (CAC) has withdrawn the certificate of registration issued to the Ohanaeze Ndigbo General Assembly, the Arewa Consultative Forum (ACF) and other socio-cultural groups in Nigeria.

Disclosing this at the weekend in Abuja, the Registrar General of CAC, Mr Garba Abubakar, said the measure was part of the reforms the Commission was putting in place to subject such applications to thorough scrutiny following security threats that may arise from such registrations.

Abubakar noted that the reforms are measures put together to sanitise the Commission operations which lead to the recent withdrawal of the certificate of registration earlier issued to Ohaneze Ndigbo General Assembly.

“We have an established protocol that all organisations; ethnic, religious with political implication should be referred for security clearance before such organisations are registered. In 2017, a similar organisation, Ohanaeze Ndigbo Worldwide applied to be registered and security agencies rejected it.

“It would have been a double standard to allow another organisation to be registered. Up till now, Arewa Consultative Forum is not registered because they were not given security clearance, we have South-South Youth Forum, NorthEast Youth Forum and so many organisations that have not been allowed to register.

“What we have done after withdrawing the certificate (of Ohanaeze Ndigbo General Assembly), we now referred the application for security clearance, if at the end of the day we are advised that this object is consistent with what the law says, and the trustees are fit and proper, then we will go ahead, but till then, we have withdrawn the certificate and they have threatened to go to court, we are lawyers, we will meet them in court.”

He also lamented at the proliferation of Non-Governmental Organisations (NGOs) in Nigeria including foreign ones, noting that such new organisations would have to secure the consent of the Registrar General of the Commission before allowing registration.

On the recent protest by Customers in regard to the new policy on mailing and courier delivery services in the process of company registering, Abubakar said the mailing system, which began in Abuja on Friday, has put to an end the regular visit of customers to the Commission’s office.

The Corporate Affairs Commission (CAC) has said that there is no going back on its decision to ensure that pre-incorporation certificates are delivered to customers through designated courier companies.

The Commission said the policy which came into force on Friday, put to an end the situation where customers visit its Lagos and Abuja offices for the collection of the certificates.

He noted that the move would guard against the spread of coronavirus, reduce the burden on overstretched CAC staff occasioned by the COVID-19 guideline which stipulates that only level 14 officers and above should resume work.

“We have a total workforce of 1,310 staff, only 221 of such staff fall into the category of officers from level 14 and above. Every Monday to Friday we attend to nothing less than 500 customers.

“In the past, some customers will wait for one month without getting the certificate, to the extend some were even accusing our staff of corruption, that our staff were collecting money. The mailing system won’t stop at certificate dispatch, it will extend to all other processes,” he stated.

The RG said the elimination of manual searches by customers as one of another reform measures put in place in the commission.

“In the past we allowed customers to handle our documents. Customers can apply for documents and we will bring out the file, give it to him, he searched, extract the information he needs and return the file. That is compromising the integrity of the information. In so many occasions, we have apprehended lawyers that have stolen particulars for companies that are under investigations or that have disputes among the shareholders.

“Only two weeks ago, a lawyer was apprehended for forging signatures. His specialisation is when documents are queried for irregular signatures, he signed again for these customers,” he explained. (Nigerian Tribune)