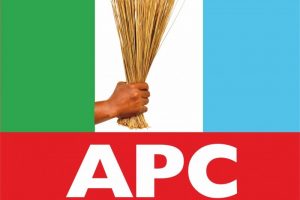 The All Progressives Congress (APC), Bauchi State chapter, has urged its members to shun campaign of calumny ahead of the party’s congress.

Alhaji Uba Nana, Chairman, APC Caretaker Committee in the state, made the call during the declaration of a chairmanship aspirant of the party, Abdulmumini Kundak, on Tuesday in Bauchi.

Nana, represented by his deputy, Mr Mohammed Hassan, said the party would not support campaign against persons or groups vying for various elective positions.

“We are making efforts to reposition the party, therefore, we will not tolerate acts capable of dragging the party to the mud,” he said

He said the caretaker committee would provide level playing ground for all aspirants vying for various positions of the party in the state.

The Chairman appreciated the aspirant for indicating interest to contest in the election as well as the donation of 10,000 posters, billboards and handbills of the party to the secretariat.

Earlier in a remark, Kundak, said he was at the secretariat to formally intimate the leadership of his interest to vie for the chairmanship seat of the party in the state.

He said that his decision to run for the position was to contribute towards transforming the party and make it formidable to enable it take over the mantle of leadership in the state in 2023 general elections.

The chairmanship hopeful promised to provide an all inclusive leadership if elected so as to bring more politicians to the APC fold.

He said the donation of the posters and other materials were part of his contributions towards repositioning the party in the state.