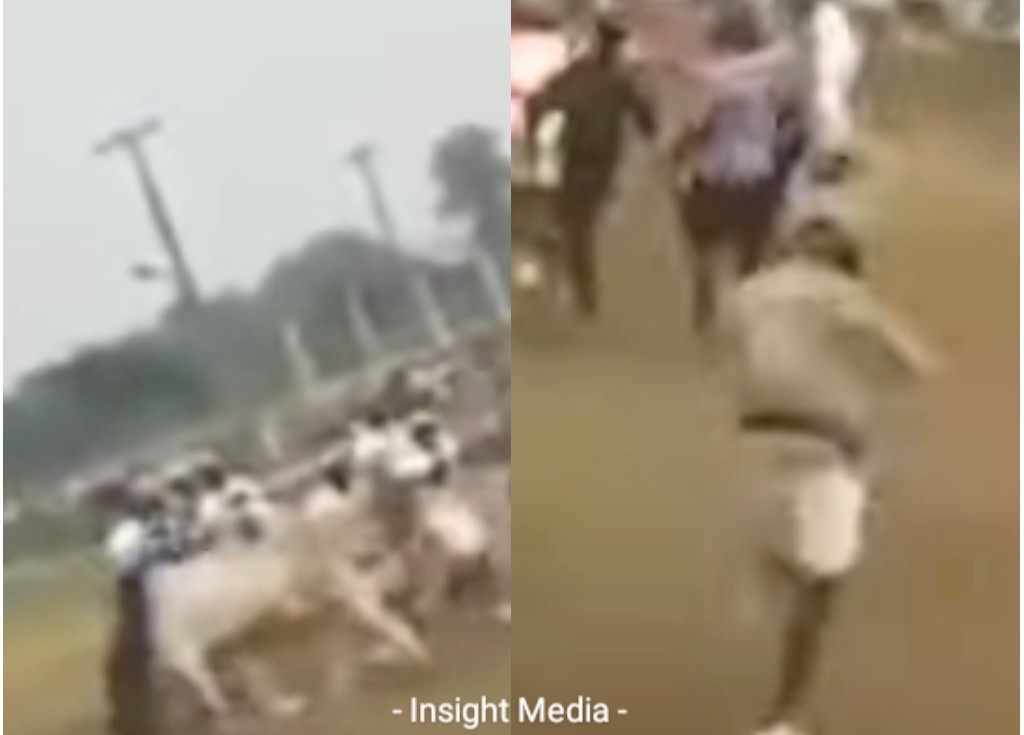 Corps members in the Ogun State Orientation Camp of the National Youth Service Corps (NYSC), Sagamu, on Wednesday run helter skelter ‍ for safety after a cow invaded the premises.

It was gathered that some of the corps members escaped being trampled by the cow as they all scampered for safety.

An NYSC member, who spoke with our correspondent on phone, disclosed that the cow stormed the orientation camp as though it was searching for someone or something to attack.

In a viral video on social media, the corps members were seen running helter-skelter to avoid being hurt by the cow.

The cow was, however, grabbed by the military and some brave corps members.

When contacted, the Public Relations Officer of NYSC in the state, Mrs Florence Takum, confirmed the incident.

While saying no one was injured in the incident, the PRO did not explain how the cow got into the premises.

“Good morning, the cow didn’t harm anyone. It was brought under control. Thanks,” Takum said briefly.