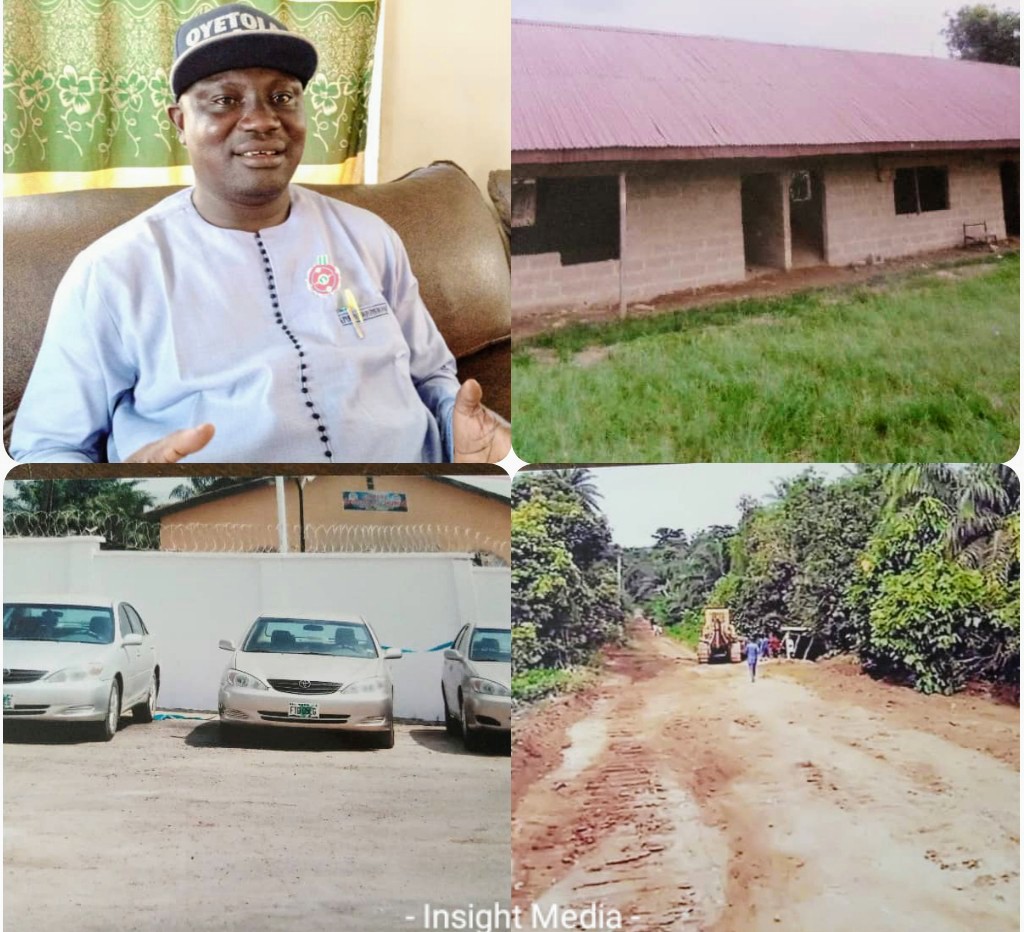 There is no gainsaying the fact that the Local government is the closest government to the people and it is also responsible for the delivery of a complete range of services and infrastructure required by local communities.

In view of this, Docpetinfo beams his search light on Ife South Local Government under the leadership of Hon. Mufutau Adegbite. In the three years that he has been holding sway, Hon. Adegbite has done meticulously well having touched every facet of human endeavors in order to better the lives of the people of his local government.

No doubt, the local government has witnessed unprecedented development in the last three (3) years that he (Adegbite) has been in the saddle of leadership.

As part of his giant strides, Hon. Adegbite executed the following projects without incurring any debts as salaries and other entitlements of the staffs of the local government are being paid as and when due which has resulted in mutual understanding and cordiality between the Chairman and the local government workers; 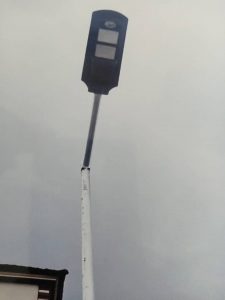 2. Sinking of eight (8) new boreholes while 12 existing ones were repaired and put to use.

3. Renovation of the dilapidated Olubosin’s palace, Oke-Igbala, Ifetedo making it one of the best palaces in Osun if not number two after the palace of Ooni.

4. Procurement of two 18 seater buses for Christian Association of Nigeria (CAN) and League of Imams & Alfas in Ife South local government.

5. Empowerment and distribution of farm inputs and equipment to over 500 farmers.

6. Empowerment and distribution of welfare packages to over 500 widows in the local govt.

7. Massive grading of both rural and urban roads across the six wards that makes the local govt.

8. Clearing of roads and drainages across Ifetedo 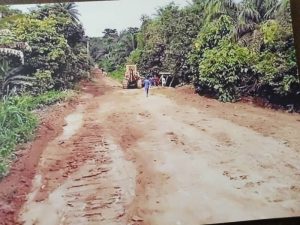 9. Procurement of official vehicles to the offices of Vice Chairman, Secretary, Council Manager, and Head of Administration and General Services.

11. Construction of a block of 3 classrooms & an Office at CAC Primary School, Idi-Obi (Ayesan ward) -Ongoing. 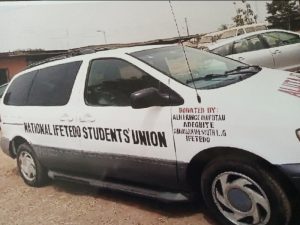 17. Overhauling of some grounded vehicles of the local government.

20. Repair of Generator at the Local Government Secretariat.

To further establish the aforementioned projects delivered by the administration of Hon. Adegbite, Docpetinfo moved round the towns and villages that makes up the local govt to interview some of the community leaders and stakeholders. 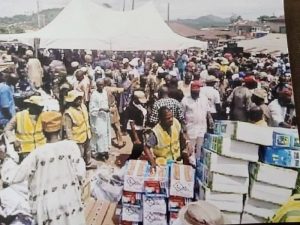 Here are the feedbacks received from them;

“Hon. Mufutau Adegbite is a man who did excellently well as Ife south local govt chairman. He touched virtually every area of human endeavors. He’s an honest man who opens his door wide for everyone. He doesn’t discriminate. His government did what other previous administrations has not done. He caters for widows, aged men & women, youths and the less privileged. His administration did not left behind both market men and women. I pray he will continue to move from strength to strength. I want to use this medium to appeal to the political leaders in Ife South Local government that we still need him to complete what he has started.” ~ Chief (Mrs) Simbiat Jayeoba, (Iyaloja, Ife South Local Government.)

“Had it been we have law that allows for unlimited term, the people of Ife south local government would have asked he to continue representing them as their chairman with what he has done in the last three years. He sunk boreholes all over the towns and villages, installed close to 300 solar powered street lights, also he graded many roads. He empowered both old and young ditto farmers.” ~ Alhaji Soliu Aleshinloye (Chief Imam of Ifetedo)

“Hon. Adegbite is no doubt a role model to we youths who plans to do exploit either in our chosen career or politics. He’s always available and accessible, a transparent and honest man. He bought bus for our union and we appreciate his good gesture. With my little experience with former chairmen in this local government, without mincing words, he’s is the best in term of human and community development. He’s always ready to listen to people’s yearning and attending to such.” ~ Egbaibon Kehinde (Ex-President, NISU)

“Without being economical with the truth, Hon. Mufutau Adegbite is a man of people who loved by all. He’s well behaved with large heart. He operates open door policy as he doesn’t close his office door. He installed solar street lights that hardly you will know if there is no light. He has a policy book that he always carry up and down on how to develop our towns which he has started, if not for the pandemic that bedevilled the country which affected our local government, he would have done more but we believe that if he’s chosen for the second term, he’s going to continue what he has started. No doubt, all the chiefs are solidly behind him. We love him.” ~ High Chief Jameson Adekanye (The Ekerin of Ifetedo Land)

“If I should start talking about Mufutau Adegbite, time may not permit me us because he is a good person who has done wonderfully well. If you take a look at our palace, after Ooni palace, Olubosin’s palace is the next in this zone, he has renovated it. He’s transparently honest. We are really enjoying his service in this local government and he shoud continue. Anytime opportunity present itself, we shall not hesitate to keep recommending him for any position of responsibility because he’s a trustworthy son of the land. On behalf of our royal father, His royal majesty, Oba Oyetade Akinrera, Olubosin of Ifetedo, I pray he shall continue to move higher and higher. As he is making us proud, he will not fall nor fail. May God continue to strengthen and empower him the more.” ~ High Chief Raufu Adedoyin Ogunwade (The Balogun of Ifetedo Land)

“Have been able to nurture more than ten (10) local government chairmen in this local government, today, Hon. Mufutau Adegbite is the best. Before his election as Chairman, he was the secretary of the party and he did well reason we unanimously presented him as the Chairman. Among the former chairmen, have seen Good, Better, but he’s is the Best. I am proud of him. We have the touch of his administration in all our wards. His achievements will continue to speak for him. Mufutau is among the best three local government chairmen in Osun. He’s always ready to stand for his people. I pray I live long, but if God should call me tomorrow, It will gladden my heart my present his score card to my creator as he did well. If am still alive by the grace of God, he will go for second term and after that, if am still alive and by the grace of God I will push him for either House of reps member or governor.” ~ Prince (Elder) Ologbenla J.O (Ife South APC Leader)

“Hon. Mufutau Adegbite is somebody I can describe as a millennium chairman in Ife south local because we’ve not had his type for a long time. He has been doing his work according to the new millennium style, because the yearnings and aspirations of people are being met. We’ve had chairmen in the past that cannot be accessible unlike the person of Hon. Adegbite. During his administration there is synergy between the local government, the community and the palace. He’s committed to the service to the community and he’s doing it. On occasions I have had cause to approach him for community service and he is always available. If you look round the local government, you will agree with me that he has done fantastically well in terms of social-political and economic empowerment. He purchased buses to Christian Association of Nigeria, League of Imams and Student Union. In fact, he has touched everywhere in the community. I see him as a very young person that thinks beyond where he is. I pray that he moves up higher than where he is today. I want to encourage him to continue in that space and be prayerful.” ~ Alhaji Musedik Gbenga Ojuade (National President, Ifetedo Progressive Union)

“Alhaji Adegbite is a very good and responsible person who embraces all without any discrimination. He shows hands of love to all. Nobody will pass through this community at night that he will not see development in terms of lightning. He installed close to 300 solar powered street light. He bought buses for Christian Association, Muslim and Student Body. He’s not a religion fanatic. I pray he continues moving higher in Jesus name. We love him and we believe in his administration.” ~ Pastor M.T Aworefa (Representing Ifetedo CAN) 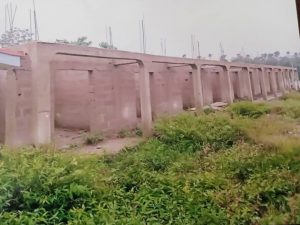 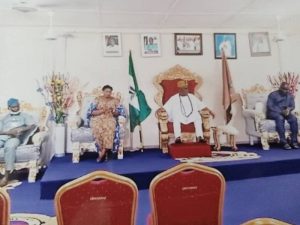 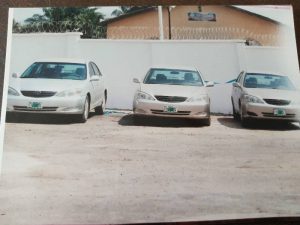 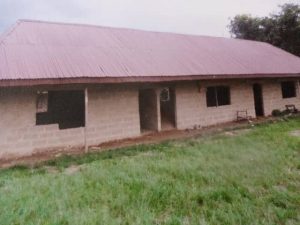 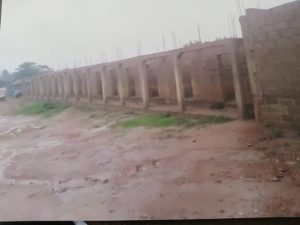