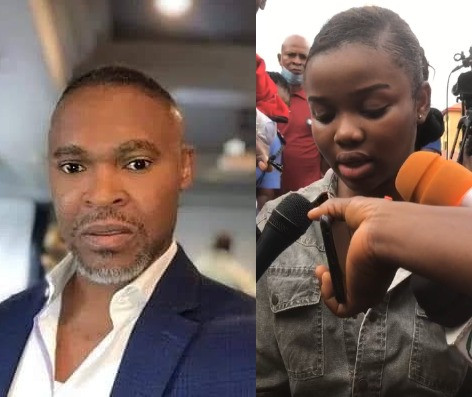 A Lagos State Chief Magistrate’s Court sitting in Yaba, has remanded Chidinma Ojukwu, the key suspect in the murder of the Chief Executive Officer of Super TV, Usifo Ataga, in prison for 30 days.

Police counsel, Cyril Ejiofor had asked the court to remand Chidinma and one Adedapo Quadri after they were arraigned on Monday.

He said, “The remand is to enable the Director of Public Prosecution to come up with legal advice. We pray for the remand of the defendants for the first 30 days in the first instance.”

In response, Chidinma’s counsel, Babajide Martins, who was the Director of the Office of the Public Defender, told the court that the prosecution failed to provide the defence with the remand application. He, however, did not oppose the application.

He said, “I have just been privileged to get a copy of the remand application. I have not been able to go through it, my learned friend’s application is inevitable, I would have been happier if I was obliged to the application earlier. The application will not be opposed, in principle.”

According to PUNCH, Magistrate Mrs. Adeola Adedayo then ordered the two defendants to be remanded pending legal advice from the DPP.

Ruling on the application of the police counsel, Magistrate Adedayo said, “In the absence of any opposition, the two defendants are hereby remanded for 30 days in the first instance. The case is adjourned till September 5, for review of remand/DPP’s advice.”