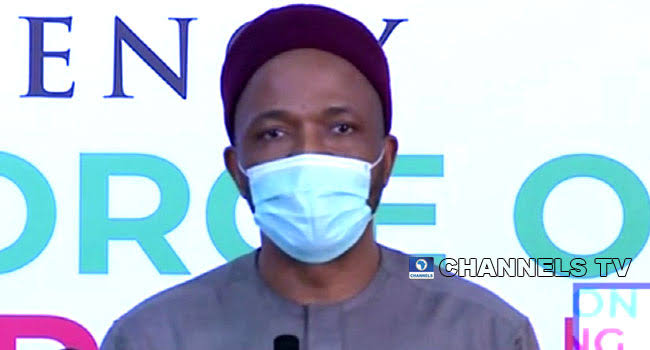 The Federal Government on Thursday said it’s considering the General Certificate of Education holding in November as an alternative for Nigerian final year students if there is no shift in the timetable of the West African Examination Council.

The Minister of State for Education, Emeka Nwajiuba, said this while answering questions from Journalists at the 52nd joint national briefing of the Presidential Task Force on COVID-19 in Abuja.

Nwajiuba said government would meet with stakeholders again on July 30 to review the guidelines, provisions and preparations for safe reopening of schools.

According to him, sitting for the GCE may become the only option for Nigerian students if the country cannot convince WAEC to shift its examinations as requested for by the Federal Government.

He said: “Should Nigeria be able to meet up with the WAEC timetable, there is already a negotiated timeline to move local language subjects such as Ibo, Yoruba and Hausa behind to allow all participating countries the needed time to write the general subjects at the same time.

WATCH: Parents express opinions on participation of students in WASSCE

“WAEC, unfortunately, is unable to wholesomely move the examination, but we have also worked out a negotiated timeline with WAEC on what we call peculiar Nigerian subjects which in the language of WAEC are subjects that are only held in Nigeria such as Ibo, Hausa and Yoruba.

“The Ghanaians will take examinations peculiar to them.

“But they are all in the first part of the timetable.

“So, we will work out a domestication module that will take our peculiar subjects behind after we have done general subjects.”

When asked to comment on the Oyo State Government that cancelled third term, the Minister said: “Education is on the concurrent list and while the states are expected to work together on common front, especially on the COVID-19 crisis, they are at liberty to evolve some measures on their own.”